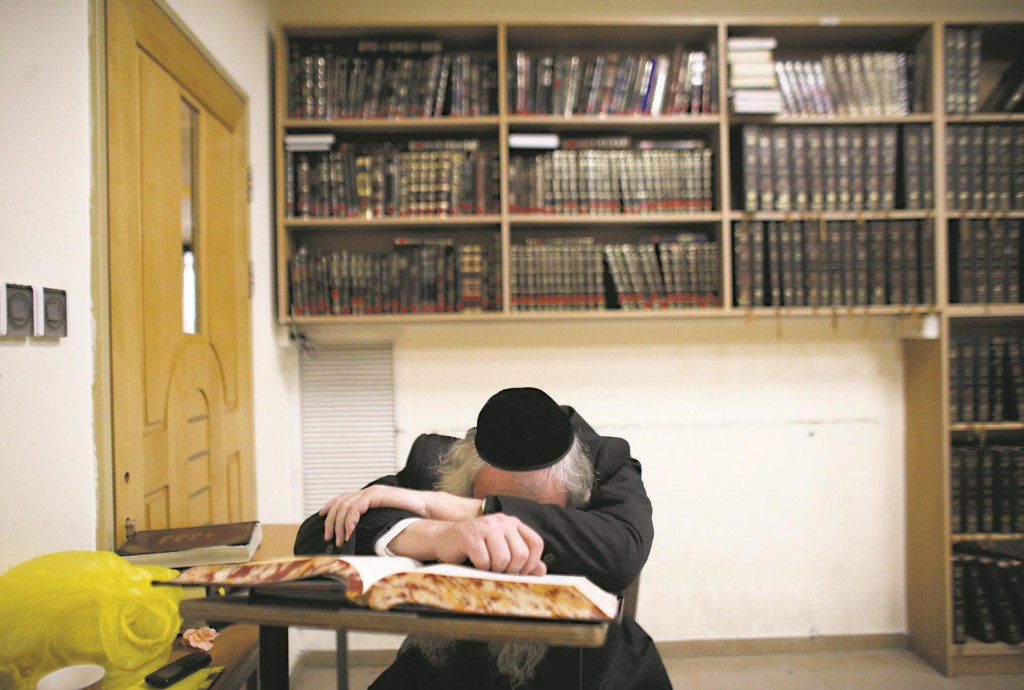 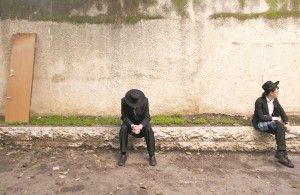 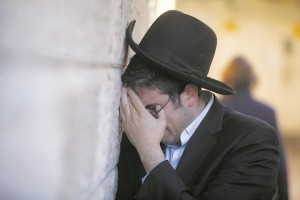 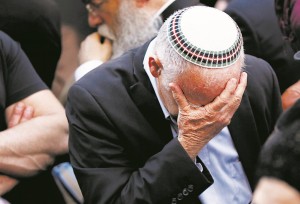 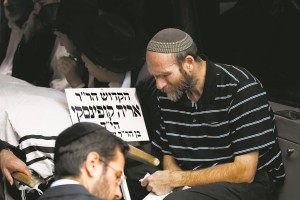 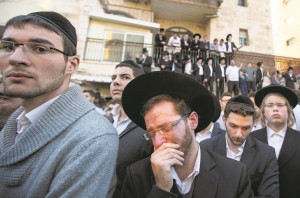 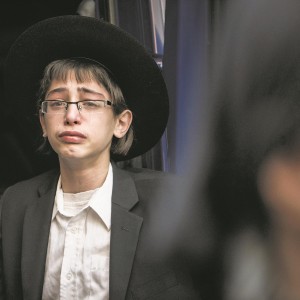 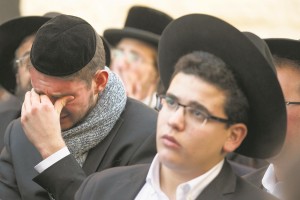 The Jewish world was swept into mourning early Tuesday with the shocking news of the Har Nof shul terror attack, later noted as the worst terror attack in Yerushalayim in six years. (Ironically, that was the attack in Yeshivas Merkaz HaRav.)

When the names of the Kedoshim were released later in the day, it really hit home. One friend knows a son-in-law of one of the Kedoshim. Another knows the family of another.

To arrive at a levayah and see three levayah cars overwhelmed those in attendance. (Harav Moshe Twersky had a separate levayah. This article describes the levayah of the other three Kedoshim, Rabbis Goldberg, Kupinsky and Levine.)

It is just unbelievable to contemplate these innocent, ehrliche Yidden who were killed in cold blood in their tallisos and tefillin — now lying under a clean tallis in front of the shul where they always started their day, davening Shacharis… and now they are being taken from this same shul to their final resting places on Har Hamenuchos.

The first maspid was the Rav of the shul, Harav Yitzchak Mordechai Rubin. He began with the passuk in Yirmiyahu, “Eini, eini yordah mayim.” Rashi questions the double expression, and explains that it means that their eyes cried without stopping.

“We are here, standing in front of these three Kedoshim, the choice members of our community, talmidei chachamim, scholars, whose blood flowed like water,” said Harav Rubin. “For us there is no question why there is a double expression of the eyes crying. When we count four fresh almanos and 24 orphans on the same street, there is no question why we cry unhindered…”

The young son of Reb Kalman Ze’ev Levine, Hy”d, compared his father and the other Kedoshim to Rabi Akiva, who was killed by the Romans with iron combs, and yet he (Rabi Akiva) recited Krias Shema. His talmidim asked him, “Rebbi, even now?” Rabi Akiva explained that all his life he hoped to reach the stage of being niftar and simultaneously being mekabel ol malchus Shamayim, and now he attained that level. These kedoshim were in the midst of davening when they were so brutally killed.

“My father,” he said, “actually davened at an earlier minyan and was only in the shul to ask the Rav a she’eilah. It is clear that this was a decree from Hashem and we have no questions.”

Other family members of the Kedoshim also delivered hespedim.

The climax of the joint levayah was perhaps the Kaddishim at the end.

The resounding cries of Amen and Amen yehei Shmei rabbah at the levayah left no dry eye. Three separate Kaddishim were recited, each family separately.

From there the levayos set out, three cars in procession, slowly filing their way through the huge crowds, accompanied by thousands, to Har Hamenuchos. Rabbi Goldberg and Rabbi Levine were buried next to each other, while Rabbi Kupinsky was buried near his daughter Chayah Chanah, a”h, who passed away three years ago.

Perhaps a befitting way to end such an article is with the words of Harav Rubin, who stated that we as Torah Jews do not take revenge or take things into our own hands; rather, we rely on the words of Moshe Rabbeinu in Parashas Haazinu that tell us that Hashem is the one to avenge the blood of those killed: “Harninu goyim amo, ki dam avadav yikom, v’nakam yashiv l’tzarav v’chiper admaso amo — Sing out praise, nations, for His people, for He will avenge the blood of His servants, inflict vengeance upon His adversaries, and appease His land and His people.”