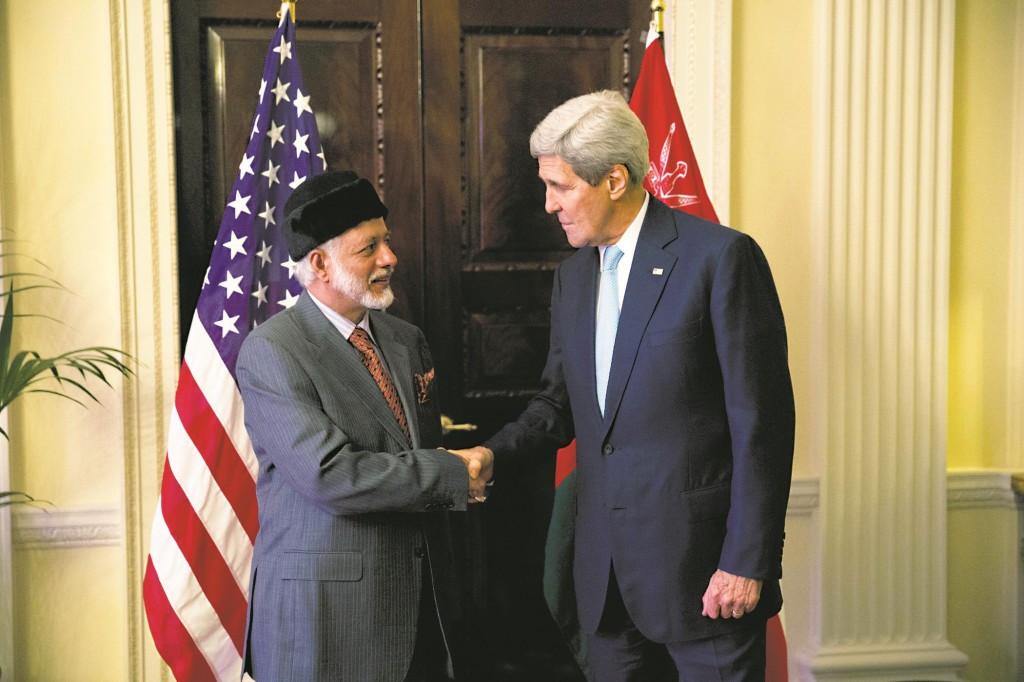 With a deadline for an Iranian nuclear deal fast approaching, U.S. Secretary of State John Kerry embarked Wednesday on a frenzy of high-stakes diplomacy in a last-minute push to secure an agreement — or at least prevent the process from collapsing.

As senior negotiators huddled for a second day in Vienna, Kerry held separate meetings in London. He planned a trip to Paris as well. Kerry was still weighing when he might join the larger effort in the Austrian capital where negotiators are racing against the clock to forge a pact over the next five days to prevent Iran from reaching the capability to produce atomic weapons.

Despite his efforts, though, signs increasingly pointed to Monday’s deadline passing without a deal and the negotiations being extended a second time.

In London, Kerry met Wednesday at his hotel with Foreign Minister Yusuf bin Alawi of Oman, a key bridge between Washington and Tehran, a senior U.S. official said. Oman is not party to the negotiations among Iran, the U.S., Britain, China, France, Russia, the European Union and Germany.

Details of Kerry’s meetings with bin Alawi were not immediately clear and U.S. officials were tight-lipped about any role Oman might play beyond that of an intermediary.