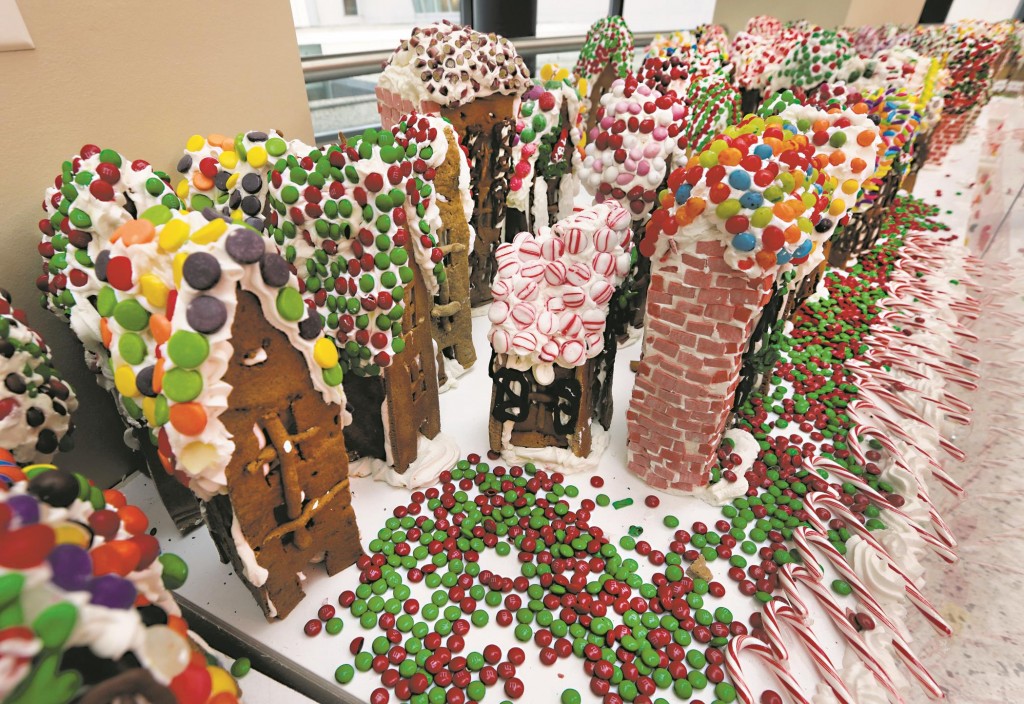 Special materials are going into the most colorful New York real estate development: 3,550 pounds of royal icing, 700 pounds of candy and 600 pounds of dough.

That’s what Manhattan chef Jon Lovitch needs to build a gingerbread village complete with houses, trees, a skating rink, a hotel and even an underground subway station.

Lovitch holds the Guinness record for the world’s largest collection of gingerbread houses. And he’s now going for another record — competing against himself by assembling 1,020 new ones before the end of next week.

He’s been busy building since January at his Bronx home, where “the kitchen and dining room look like Betty Crocker came in and [went crazy],” he said, laughing. “It’s pretty insane.”

On Thursday, he was at the New York Hall of Science in Queens expanding the 2.5-ton, 480-square-foot village he designed, baked and built. To be eligible, every ingredient must be edible.

GingerBread Lane will be dismantled on Jan. 11 and given away on a first-come, first-served basis, plus to children with special needs.