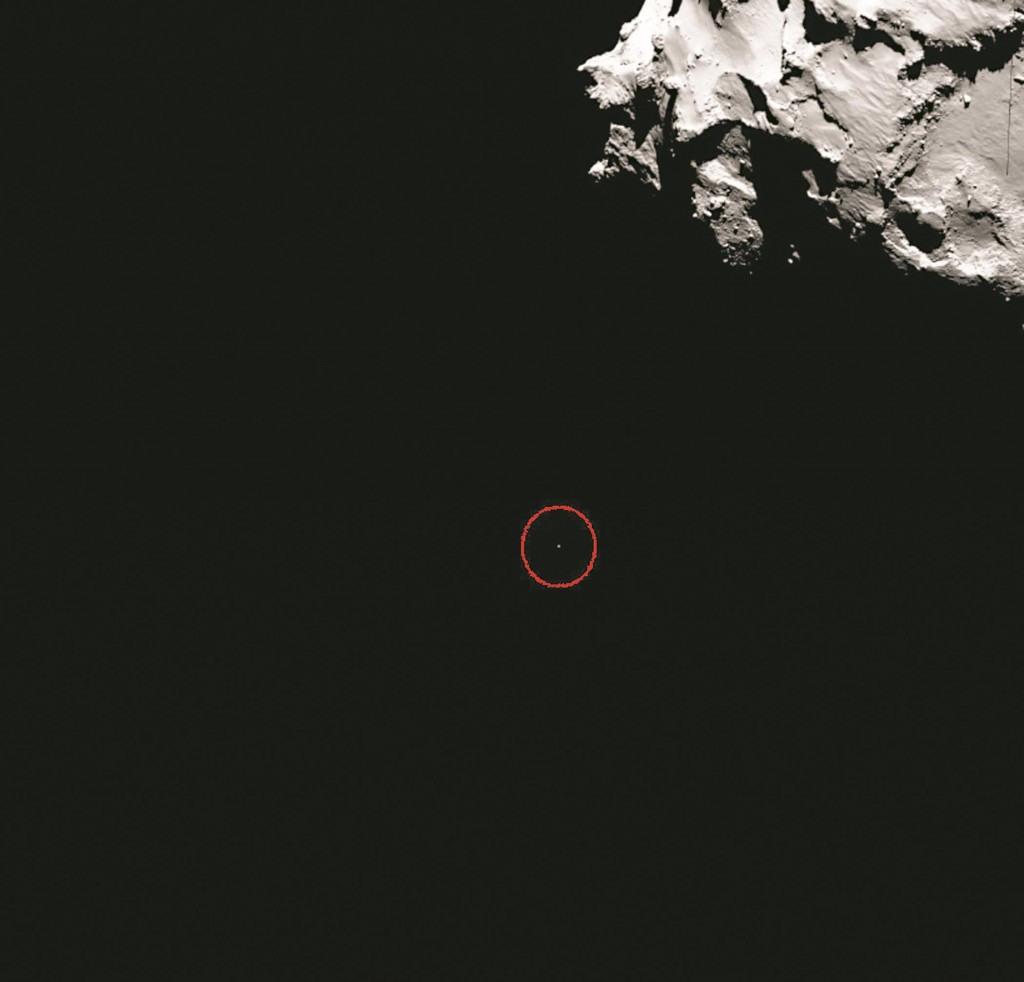 A probe that landed on a comet in a first for space exploration has ended up in the shadow of a cliff, about a half mile from its intended resting place, the European Space Agency (ESA) said on Thursday.

“Where we are is not entirely where we wanted to be,” lead lander scientist Jean-Pierre Biebring told a news conference.

In the shadows, Philae’s solar panels, which were meant to power the probe when its batteries run out on Friday, get only an hour and a half of sunlight a day, instead of the expected six to seven hours.

The probe could try to use its landing gear to hop out of the shadows but ESA will need to know more exactly where it is before attempting the risky maneuver, scientists at the ESA’s space operations center in Darmstadt, Germany, said.