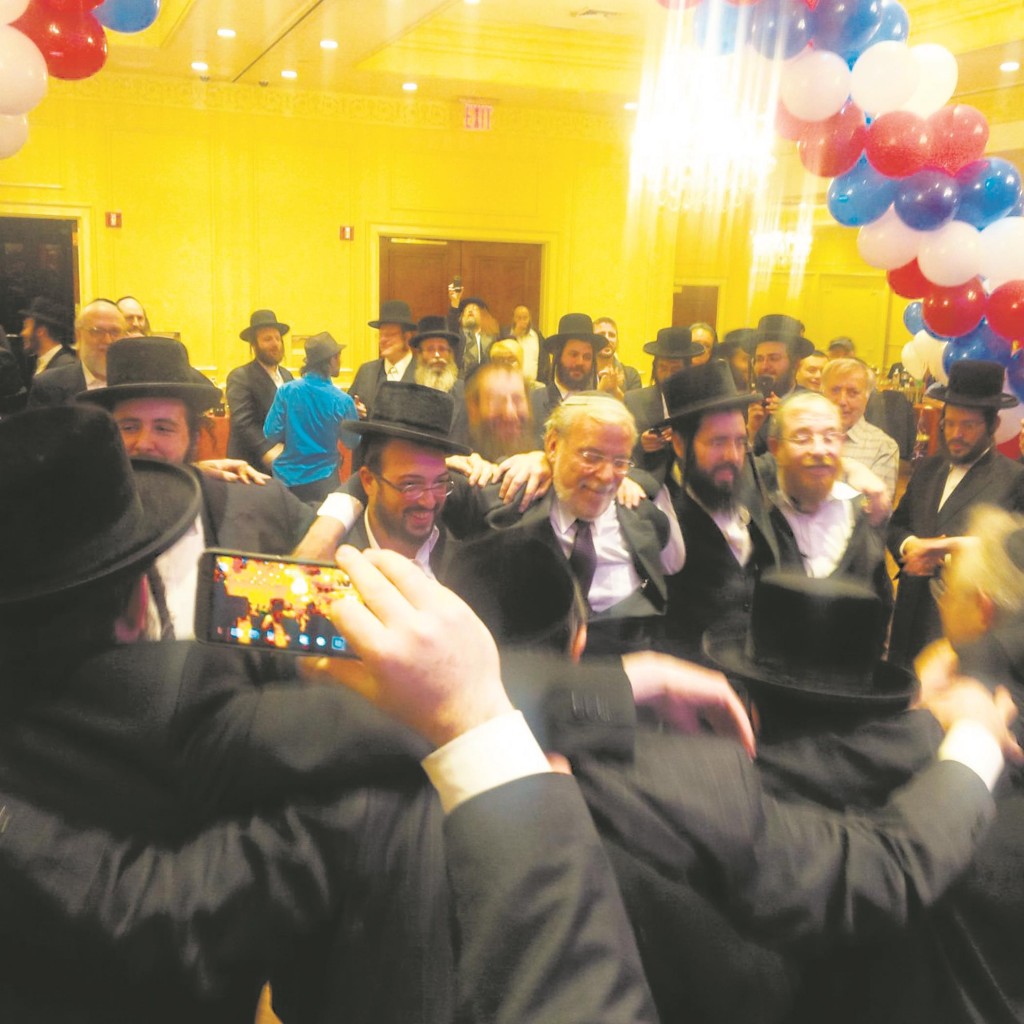 For a lawmaker focused on garbage trucks in Boro Park as much as on building in disputed Israeli territories or Nazis in Minnesota, Assemblyman Dov Hikind says there is no doubt what he plans to prioritize following his reelection last Tuesday: tuition, tuition, tuition.

By the time all absentee ballots are counted, Hikind estimates, he will have emerged victorious over Republican challenger Nachman Caller by a commanding 80 percent.

In a phone interview with Hamodia last week Wednesday, Hikind said that he was proud of running a clean campaign that brought the community together, even in the face of personal attacks.

“I tell this to everybody; it was really a great win for our community,” Hikind said. “It’s rare that we see such unity, from the individuals to the mosdos to the leaders. I am very proud that I was the beneficiary of all this goodwill and good feeling.”

Hikind ticked off an ambitious agenda for the next two years. He said that his most important accomplishment is his vaunted constituent services, for which he regularly hears from people whom he helped even decades ago.

But in Albany, it is the aid to tuition payers that will be his priority.

“The tuition tax credit for me is the most important thing,” he said, emphasizing the word “the.” “In fact, it’s the first thing, the second thing and the third thing — to make that happen.”

The Education Investment Tax Credit was introduced by state Sen. Simcha Felder in last year’s budget but failed in the waning hours of budget talks. It would give a dollar- for-dollar reduction on the state tax bill for charitable contributions to education, whether on public school tutoring or private school tuition.

In an interview Sunday with John Catsimatidis, Senate Majority Leader Dean Skelos (R-Rockville Centre) said that the EITC was a priority for his conference as well. The Republicans passed it last year but it failed in the Democrat-controlled Assembly. Gov. Andrew Cuomo promised two weeks ago to pass it as a matter of “justice.”

Another issue Hikind hopes to have addressed soon is getting sanitation trucks off the streets of Boro Park when school buses pick up children in the morning.

“We are already working on it very seriously,” he said. “The mayor was on my radio show Shabbos night and he said publicly that he wants to address this issue, to bring back sanity to Boro Park in the morning.”

Though Caller, a relative unknown, was never considered a real threat to Hikind, a 32-year incumbent, the two camps had saturated the district, comprised of Boro Park and parts of Flatbush, with material promoting their respective campaigns in the days leading up to the election.

The centerpiece of Caller’s campaign was a plan to build apartments above the MTA-owned rail tracks adjacent to 61st Street. The race drew so much attention that many voters were surprised to discover at the voting booth that they were outside Hikind’s district. Turnout in the Assembly race was one of the highest in all of Brooklyn’s 20 districts.

Many voters told Hamodia that they inserted Hikind’s name as a write-in candidate. There is no way of finding out how many did, although anecdotal evidence shows that there were quite a few. In the nearby district of James Brennan, unofficial results show that 162 voters submitted a different name as a write-in. Aside from candidates running unopposed, for which a write-in would be a protest vote, only one other candidate — Marcos Crespo, a Democrat from the Bronx — got more than several dozen write-ins.

Hikind was congratulated by the district’s other elected officials, including state Sen. Simcha Felder, who was reelected Tuesday in an uncontested race. Felder joined Hikind at his victory party, which took place in Boro Park’s Renaissance ballroom.

Councilman David Greenfield congratulated both Hikind and Felder, saying that he looked forward to working with them.

“With Simcha serving with majority in the Senate, Dov in the leadership in the Assembly and myself as a member of leadership of the City Council, our community is uniquely positioned to accomplish great things,” Greenfield said.

Hikind said that he received a “gracious” congratulatory call from Caller.

“I thanked him for the phone call,” he said, “I told him that I look forward to working with all the elected officials that supported his housing plan.”

“After yesterday I feel more empowered,” he added. “I do have the passion as much as I ever had it. As soon as I don’t I will be doing something else.”