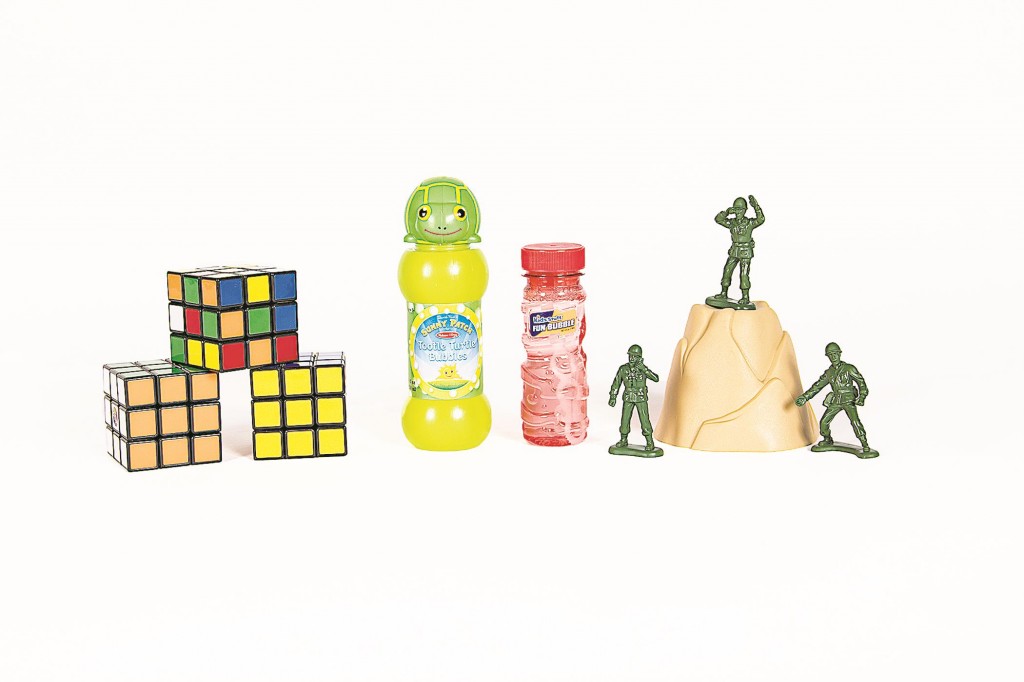 The molded plastic must-haves for generations of pretend soldiers were inducted into the National Toy Hall of Fame on Thursday, along with the 1980s stumper Rubik’s Cube, and bubbles.

The trio of toys takes its place alongside other classics including Barbie, G.I. Joe, Scrabble and the hula hoop after beating out nine other finalists including Fisher-Price Little People, American Girl dolls and My Little Pony.

The tiny monochromatic heroes have been around since 1938, with several manufacturers continuing to produce millions of them every year.

“Over the years, these toys have remained popular because they are lightweight, simple to transport in buckets or pails, fun to blow up, easy to replace,” said curator Patricia Hogan. “But most of all because they inspire open-ended play.”

The brain-teasing Rubik’s Cube was invented by Hungarian architect Erno Rubik in the 1970s, but took off in the United States in 1980. More than 100 million of the six-color cubes were sold between 1980 and 1982, dividing an obsessively twisting populace between those who could solve it and those who could not.

The cubes, with nine colored squares on each side, can be arranged 43 quintillion ways, according to the Toy Hall of Fame, and have inspired organized competitions in more than 50 countries, along with contests to solve it blindfolded, one-handed and under water. Mats Valk of the Netherlands currently holds the speed record for re-aligning the colors in 5.55 seconds.

In a videotaped statement played at Thursday’s ceremony, Rubik said he was happy to see his cube added to a collection that includes chess and “other wonderful inventions from around the world.”

“I am very satisfied that I was able to share my enjoyment and happiness in connection with discoveries … of geometry with millions of kids all around the world,” Rubik said.

Children have played with soap bubbles since at least the 17th century, when paintings depicting the play appeared in what is now modern-day Belgium. More than 200 million bottles of bubble liquid are sold annually.

Bubbles got the nod as a toy of the imagination, alongside previous inductees including the stick and blanket.

Hogan noted the staying power of the decidedly low-tech toys in this year’s class, saying the simpler the toy, the more ways children find to use it.

“The toys that do all the laughing or singing or moving for you don’t offer the child as much room to use his imagination,” she said.