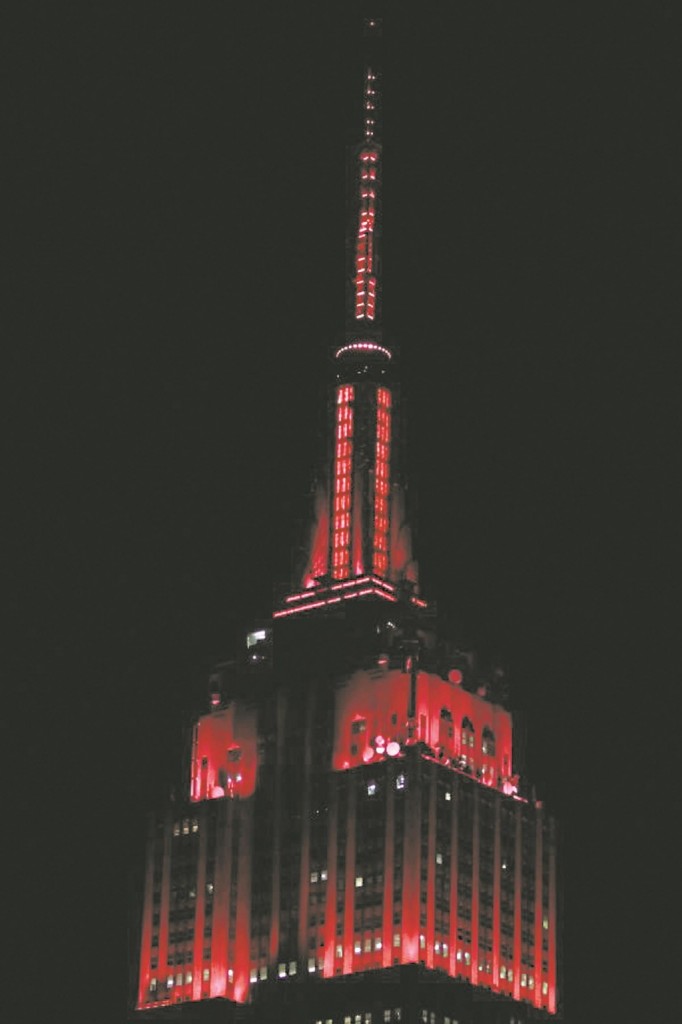 Democratic Gov. Andrew Cuomo, who held a 9-to-1 fundraising advantage, defeated Republican Rob Astorino by an unexpectedly low 53 percent to 40 percent, battered by a strong Republican showing upstate and a 5 percent bite into the progressive vote by Green party challenger Howie Hawkins.

But the largest margin of victory belonged to Comptroller Thomas DiNapoli, who ended with a 23-point win over Republican Robert Antonacci, who struggled to win name recognition and didn’t raise enough to qualify for matching funds under an experimental public campaign funding system.

DiNapoli’s win potentially sets him up for a future run for higher office if he chooses. In an interview with Hamodia before the election, he did not rule out running for governor in four years.

The biggest news of the night, however, belonged to Senate Republicans, who retook the outright majority they lost two years ago. Statewide Republicans also gained three congressional seats and did not lose any.

With one race too close to call, Republicans increased their number of seats in New York’s 27-member congressional delegation from five to at least eight by picking up two House seats upstate and another on Long Island.

State Sen. Lee Zeldin became Congress’s sole Jewish Republican, a title lost when former House Majority Leader Eric Cantor (R-Va.) resigned his seat during the summer. While Jews as a demographic are among the most avid Democratic voters, they are also a large donor base for the GOP.

“Victory is sweet, isn’t it?” said the Iraq war veteran and major in the U.S. Army Reserves to loud applause in his victory speech.

The contest, in which nearly $15 million was spent between the primary and general election had been predicted to be tight. But in the end, Zeldin cruised to an easy victory.

Republican Rep. Michael Grimm weathered federal tax evasion charges and rode strong turnout from his base on Staten Island to win a third term in Congress, one of the most closely-watched House races in the nation.

Once considered vulnerable, Grimm benefited from a weak challenge from Democrat Domenic Recchia, who won the vote in the Brooklyn portion of the district but still lost by 13 points.

“The bottom line,” Grimm told supporters in his victory speech, “you had my back when I needed you most, and I’ll never forget it.”

Grimm, in his campaign, highlighted the work he has done to help those affected by Superstorm Sandy, efforts that have been appreciated by his constituents.

“Michael Grimm has my back, and I have his,” said Angelica Sanford, 21, a Grimm supporter from Staten Island who was at his victory party. “They’re trying to ruin his reputation, but you can’t change the will of the people. You can’t lie to us, and you can’t tell us who’s not representing us.”

Grimm’s trial is set for February. He has said he would step down if he wasn’t able to serve, which would trigger a special election for the seat. While he was stripped of his committee assignments after his indictment, he will probably regain them after the trial if he is acquitted.

“I know I have to meet these challenges head on,” Grimm said Tuesday night.

Democrat Rep. Louise Slaughter was supposed to be a shoo-in for a 14th term, but the winner of the Rochester-area seat might not be known until next week.

Slaughter is up by 583 votes over Republican challenger Mark Assini with 3,300 or more absentee ballots left to be counted, along with an unknown number of affidavit ballots. Assini, the supervisor in the suburban town of Gates, says he “snuck in under the radar” with his unexpectedly strong showing against the 85-year-old incumbent.

Three Democratic state senators were defeated in hard-fought races, ending what once seemed the strong possibility their party could take control of the 63-seat chamber from Republicans.

“The Democrat message, unfortunately for them, was just the wrong message,” said Dean Skelos, who currently co-leads the chamber along with a breakaway Democrat group but will be the sole majority leader in January. “It was more about Bill de Blasio taking over the state than it was about what people care about in the Hudson Valley area and upstate New York.”

The GOP’s net gain of three seats gives the party a majority of 32 to 31, and the likelihood they’ll again form a ruling majority next year with Brooklyn Democrat Simcha Felder, a social conservative who joined with the Republican conference the last two years. Skelos said he would meet IDC head Jeff Klein of the Bronx next week to decide on a coalition.

The wins included Democrat Marc Panepinto defeating Republican Sen. Mark Grisanti, who ran on the Independence Party line in Buffalo, as well as Republican and Conservative Party candidates. Grisanti’s defeat means that all four Republican senators who voted in 2011 for the immorality bill have now all been defeated for reelection or have retired.

New Yorkers approved all three ballot proposition: authorizing a new redistricting commission, allowing the state to borrow $2 billion to make classrooms more technological and to allow bills presented in Albany to be digitized instead of printed on paper.

State political districts in New York have long been redrawn in a lawmaker-dominated process that good-government groups complain is designed to protect incumbents. But a state judge ruled 10-member commission could not be described as “independent” on the ballot since lawmakers have a veto on the lines.

Voters agreed to let the state borrow $2 billion so school districts can buy computers, connect to the internet, improve security and build classrooms for prekindergarten students. Each of the state’s 700 school districts will be eligible for a set amount based on the state aid formula, but districts will have to clear their plans to spend it with a state review board.

And lawmakers in Albany will now have their desks outfitted with computers, instead of thick stacks of bills they’re supposed to read. It’s expected to save millions of dollars in printing costs and many trees. They will, however, still have to generally wait three days for legislation to “age” before they can vote.

In a fiery victory speech focused on the national scene as much as New Jersey, Booker on Tuesday night called on lawmakers in Washington to put partisan differences aside and to get to work on a struggling economy. He wants to change the tax system, improve the nation’s roads and infrastructure, and change the culture in Washington.

Bell focused his campaign on arguing that the U.S. should return to the gold standard, but Booker blew Bell away in fundraising, showing $2.6 million on hand, compared to Bell’s $117,000. That would be about 2,200 troy ounces to 100 troy ounces in gold.

Hitting on a campaign theme, Booker said he was not going to Washington to be a “Democratic” senator but rather the state’s representative. He also called attention to a large American flag behind where he spoke and said America should define itself by the “greatness” the flag represents.

Polls may have indicated that a couple of longtime New Jersey Republican congressmen may have been at risk. Not only did they prove false, but the national GOP wave lifted the Garden State Republicans to even higher margins than two years ago.

Republicans held onto all six of their House seats. Even where Democrats thought they had a realistic chance of gaining a seat as Republican Rep. Jon Runyan did not seek re-election, Republican Tom MacArthur not only defeated Democrat Aimee Belgard, but did so with a bigger percentage margin than Runyan had last time.

MacArthur spent $5 million of his own money in the race. Advocacy groups unrelated to Belgard’s official campaigns poured in $3.5 million in a barrage of ads attacking MacArthur’s character.

Belgard’s concession was not particularly conciliatory. She said that the district still needs someone to advocate for issues she spoke about during the campaign, including equal pay for women, raising the federal minimum wage and protecting Social Security and Medicare.

In his statement, MacArthur did not name Belgard but referred to her campaign. “With our victory tonight, I am proud to say that the voters chose substance over sound bites, optimistic solutions over angry ideology,” he said.

Democrats also kept their six districts, but they had closer margins than two years ago.

Voters in New Jersey approved two changes to the state constitution. One dedicates a portion of corporate tax revenue to preserving open space and the other eliminates the right to bail for those accused of crimes, part of a bail overhaul intended to make it easier to keep suspects deemed dangerous in jail as they await trial and to free suspects who are not considered dangerous.