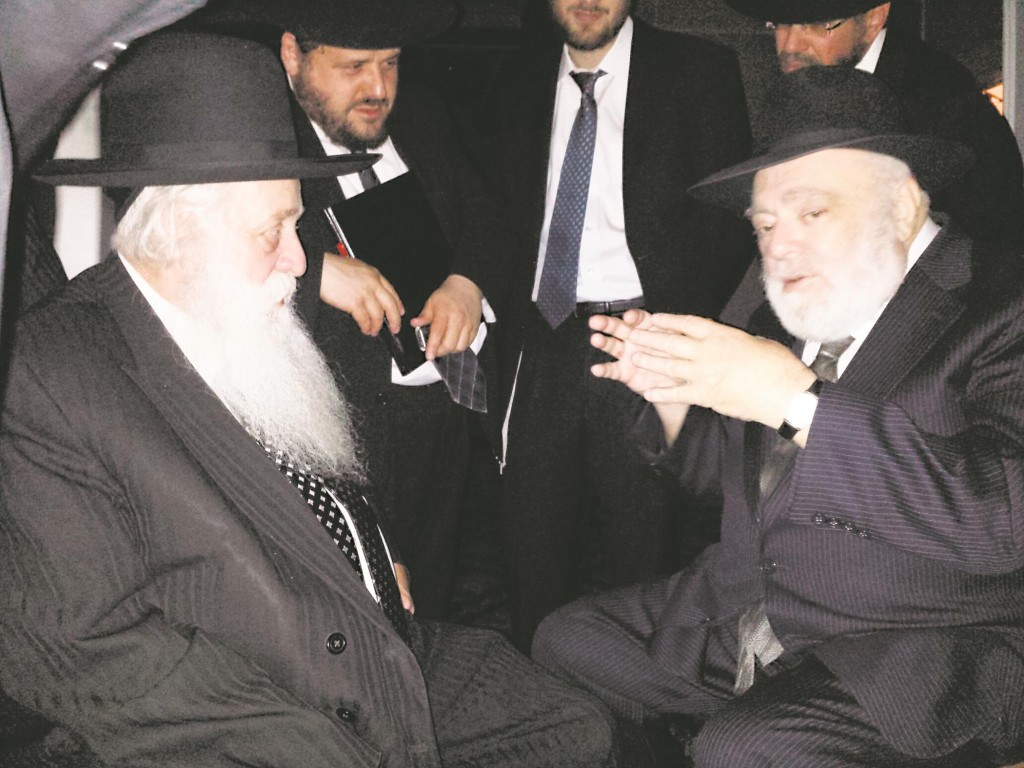 It is with great sadness that we announce the passing of Reb Yisrael Meir Shurkin, z”l, of Brooklyn and in more recent years Lakewood, who passed away on Monday, 10 Cheshvan, after a prolonged illness.

The most essential feature of Reb Yisrael Meir’s life was his love of Torah and his immersion in it. When discussing a subject in learning while walking, he would sometimes stop, midway, to think over a complicated aspect of the topic. When it came to Torah, he could become completely absorbed, no matter what else was going on. This characteristic was as much a part of him during his many successful years in the insurance business as it had been during his yeshivah days.

Born in Brooklyn in 1938, Reb Yisrael Meir grew up in a house defined by total dedication to the study of Torah. His father, Harav Yaakov Moshe Shirkin, zt”l, was one of the prize talmidim of, zt”l, the Chofetz Chaim and Harav Naphtali Tropp. He was among the founders of Yeshivas Chaim Berlin, where he served as Rosh Yeshivah for many years and authored many well-known sefarim. While Reb Yisrael Meir was privileged to study under such giants as Hagaon Harav Ahron Kotler, zt”l, and  Hagaon Harav Moshe Feinstein, zt”l, he always considered his father to be his main rebbi.

Reb Yisrael Meir attended Yeshivas Mir of Flatbush in his younger years, where he attended the shiur of Harav Mordechai Weinberg, zt”l. The shiur was geared for older bachurim, but the young Yisrael Meir was admitted at age 15. While in yeshivah, he was known not only for his phenomenal hasmadah, but also for his exceptional ability to explain the most complex concepts simply and clearly. While studying in Lakewood, Reb Yisrael Meir was one of an elite group that Harav Ahron selected to say chaburos to others in the yeshivah.

In business dealings, Reb Yisrael Meir was noted for his exceptional integrity. Associates recalled that the smallest matters were never done without detailed accounting to make sure that not a penny had been misappropriated. A policy holder once came to his office with a complaint that the insurance company would not cover a certain procedure. The customer felt that he was owed the money. Reb Yisrael Meir understood that the company would not change its position but. sympathizing with the fellow’s plight, he covered the customer’s medical costs out of his own pocket.

The epitome of a lev tov, a good and giving heart, Reb Yisrael Meir was not satisfied merely to do acts of chessed — he actively pursued them. Once, a talmid chacham passed away, leaving behind a young wife and children. Despite the very real need, the proud almanah was adamant not to accept financial assistance from others. Knowing of the dire situation in the family, Reb Yisrael Meir found a way to give a generous donation annually through a relative of the widow.

Reb Yisrael Meir would personally learn with his children daily even when they were adults. He invested unlimited kochos into his children.

While focusing mainly on studying topics with great iyun — depth — he also possessed tremendous bekius, broad knowledge, throughout Shas. His knowledge of halachah was equally vast. When looking into a matter in halachah, he was not satisfied to simply see what the Mishnah Berurah said, but would routinely look in sefarim such as the Aruch Hashulchan, Shulchan Aruch Harav, and Chaye Adam, as well. A careful student of the great mussar works, while in yeshivah he knew the first 20-30 chapters of Mesilas Yesharim by heart, and throughout his life would review the Chovos Halevavos every few years. Reb Yisrael Meir also immersed himself, increasingly in his later years, in the sefarim of Chabad Chassidus as well as those of the Satmar Rebbe, zy”a.

When grandsons would visit, he would customarily ask them what they were learning in yeshivah. Upon hearing the response, he would usually begin to repeat the text of the relevant Gemara and Tosfosim that the boy was learning. When the grandchildren would show their surprise at his instant recall, he would non-chalantly comment; “Ah, everybody knows this.”