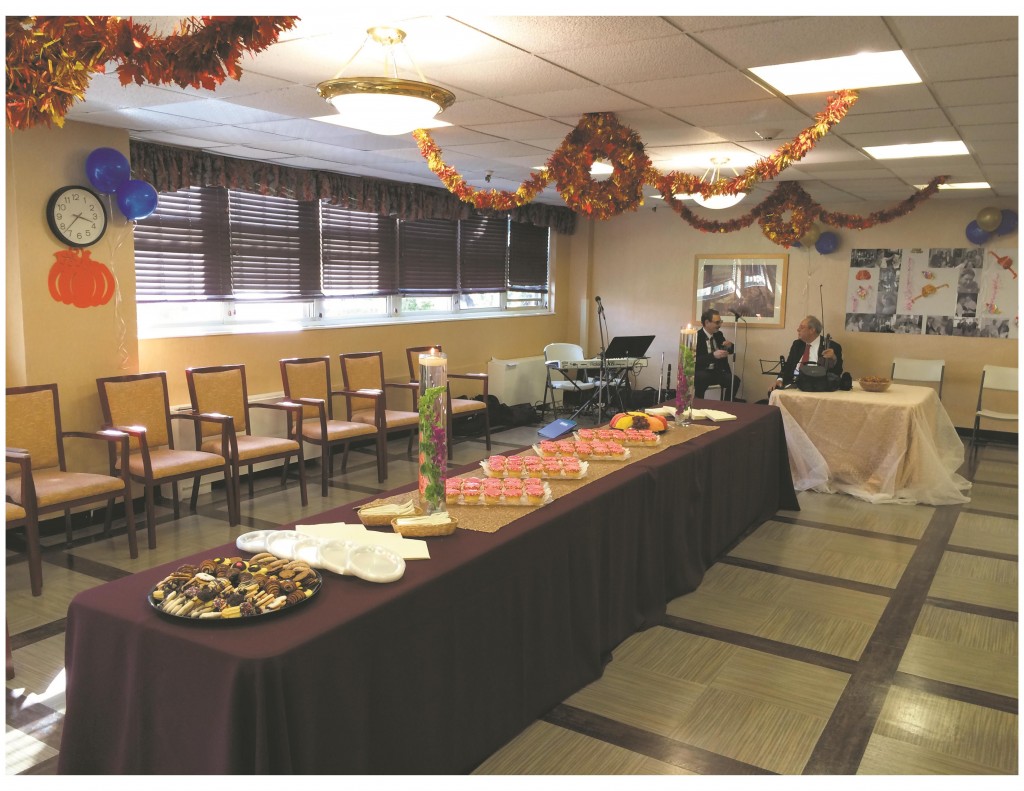 Mrs. Goldie Steinberg, she should live and be well, celebrated her 114th birthday last week at Grandell Rehabilitation and Nursing Center in Long Beach, New York. The momentous occasion was attended by family, friends, and several local politicians to pay honor to the world’s oldest documented living Jew and 13th-oldest documented living person.

To put this into perspective: When Mrs. Steinberg reached the age of bas mitzvah in 1912, Hagaon Harav Chaim Soloveitchik, zt”l, was serving as Rav of Brisk, the First World War was still two years in the future, and radio waves could not yet carry voices.

At the birthday party, Mrs. Steinberg, a talented seamstress, wore a sweater that she herself had knitted. She chatted with her many well-wishers and advised an assistant administrator, who had brought his baby daughter to the event, to “make sure [the child] gets a good education.”

The room was cheerily decorated for the celebration, complete with a throne for the baalas simchah and a cake with her picture on it.  While looking at old pictures, a family member commented that Mrs. SteinberNwore in the photographs. However, Mrs. Steinberg quickly jumped in to identify exactly which was indeed her work and which had been bought. When asked when she had made the dress, she responded, “I think I was around 27 years old.”

Mrs. Steinberg was born in the city of Kishinev, in what was then part of the Tsarist Russian Empire, today the capital of Moldova, on 7 Cheshvan 5661/1900. She is likely the last living survivor of the two infamous Kishinev pogroms of 1903 and 1905, the result of a blood libel and general anti-Jewish sentiments in Russia at the time. Although Mrs. Steinberg does not remember the pogroms, she does recall being told by family members that she, together with her parents and siblings, were saved by a non-Jewish neighbor who hid them in his house.

“My father’s name was Chatzkel,” said Mrs. Steinberg, who can still vividly recall events from over a hundred years ago. “Everybody knew him as an honest person. He worked in iron and would send it to a factory in Tula.” Reb Chatzkel, she said, was so trusted in the community that lenders would dispense of asking for his signature on loans that he guaranteed. Mrs. Steinberg recalls that her father would often give beyond  his means to tzedakah appeals as a way of putting pressure on wealthier Jews in the community to at least match his donations.

A living record of the past, when asked what she recalled of World War One, Mrs. Steinberg said that a lot of Jews came to Kishinev fleeing the fighting, and that the largest of the town’s three shuls opened its upper level for refugees to sleep in. She added that she remembers water being delivered to her home with a horse and buggy.

In 1923, Mrs. Steinberg’s uncle Max, a successful businessman residing in America, brought her and two of her sisters, Sarah and Raizel, to the United States. She recalled that during the Great Depression, Max served meals in his factory to anyone who was in need during that trying time. Mrs. Steinberg used her needlework skills working in a factory that produced girls’ dresses. She worked professionally as a seamstress until turning 80.

She married Philip Steinberg, a fellow Kishinev native, in 1932. Mr. Steinberg, who passed away in 1967, worked as a jeweler on Fulton Street. The couple lived in Bensonhurst in an apartment that Mrs. Steinberg inhabited for 72 years, before moving to Grandell at age 104.

The Steinbergs had two children, Don Sargent and Anne Teicher, both of whom were at the celebration, together with Mrs. Steinberg’s grandchildren and great-grandchildren.

“You should know that Grandell is one of the few nursing homes around that is under hashgachah and employs a mashgiach temidi,” said Moshe Heller, the facility’s corporate administrator. “You never know; maybe it’s part of the secret to her arichas yamim.”

Mrs. Steinberg still keeps up with world events, regularly reading the newspaper, and spends much of her day knitting scarves, sweaters and the like for family, friends and even Grandell staff. Above all, she remains a person who is focused on the needs of others.

“She is always looking out for other people,”said Mr. Heller. “If another resident didn’t get their meal tray yet or anything else that they need, Goldie speaks up for them. She is totally not self-centered; that’s the essence of who she is.”