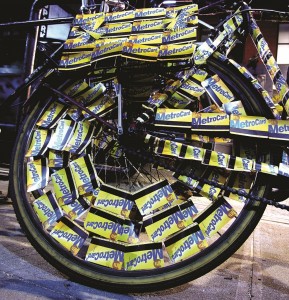 The MTA plans to raise subway and bus fare by 4 percent by March of next year, Chairman and CEO Tom Prendergast said Wednesday, although he refused to answer questions how it would affect base fare, weekly and monthly MetroCards, commuter train passes or pay-per-ride discounts.

The current price is $2.50 for a single ride. Not all previous fare hikes affected this base fare. If this were to rise by 4 percent that would mean a cost of $2.60.

When fares were instituted in 1904, it remained a nickel per ride for 44 years, the longest stretch the price remained the same. It doubled to a dime in 1948, rising at regular intervals ever since. It was last raised in March of 2013 to the present $2.50.

Details on the fare hike were to be worked out after public hearings and a board vote in December.

This article appeared in print on page 5 of the October 31st, 2014 edition of Hamodia.