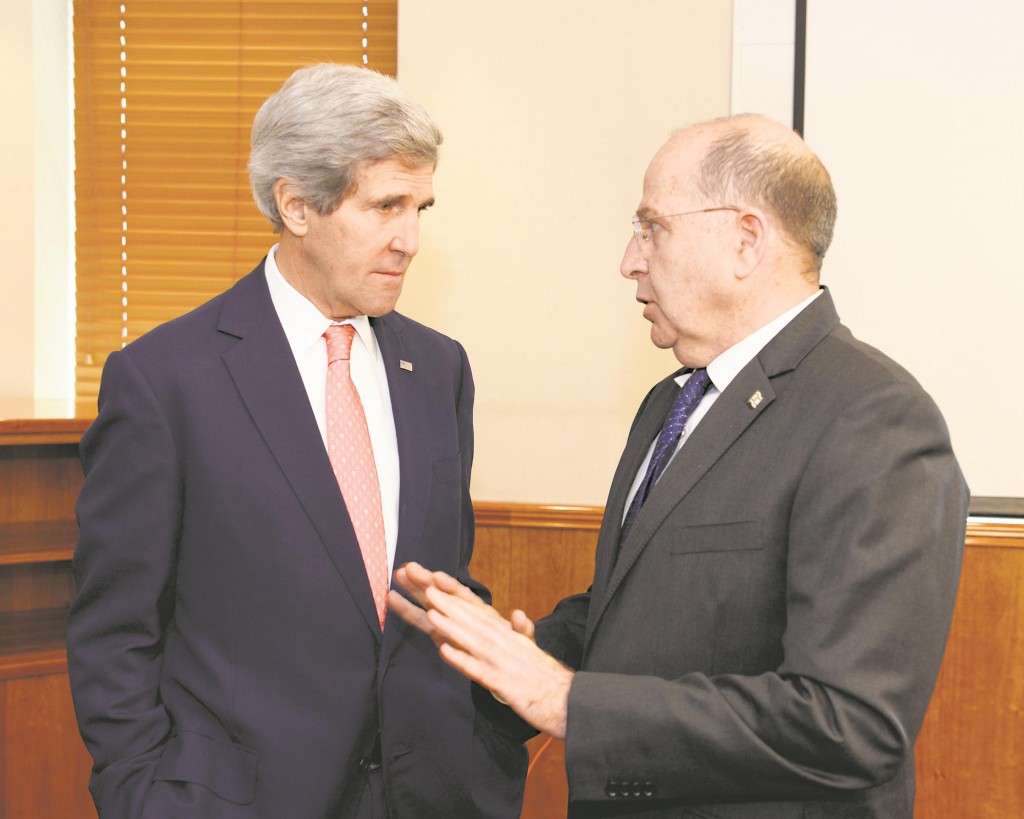 The 2014 elections are now barely over a week away, and with day-to-day events unfolding here in Israel, it is becoming clearer by the day why it is essential to vote — and to vote against the current White House administration and all those who support it.

When my family and I made Aliyah, I had hoped to focus on the numerous internal issues here in Israel and contribute in whatever small way to achdut and Torah in my new home. Though I try to focus on the here (Israel) and now, I find myself of late much like Lot’s wife (spoiler alert to next week’s parashah), looking back to the land whence I came. Fortunately, my sodium level remains good and neck cramping is the only damage I have suffered for focusing on my rearview mirror.

In the old country, the approach of the White House and the State Department to Israel is appalling and petty. In an example of petulance befitting preschoolers rather than statesmen, the State Department (read White House) denied Defense Minister Moshe Ya’alon’s request to meet with Secretary of State John Kerry, Vice President Joe Biden and National Security Adviser Susan Rice during his near week-long visit to the United States. Ya’alon did meet with his direct counterpart, Defense Secretary Chuck Hagel, and U.S. Ambassador to the United Nations Samantha Power. According to reliable sources, the Obama administration went so far as to try and prevent Ya’alon from seeing Power, but the objections were made too late to cancel the meeting. This snub is retribution for Ya’alon’s comments about Secretary of State Kerry made last January, when he described Kerry’s approach to Israeli-Palestinian peace talks as “obsessive” and “messianic” and criticized the Secretary of State’s security proposals for an Israeli pullout from the West Bank back to roughly the 1967 lines.

This “slammed-door” approach to statesmanship with Israel is in direct contrast to the White House and State Department’s fawning approach to Qatar, Turkey and Iran. Over the summer, the U.S. permitted more than $15 billion in advanced military equipment to be sold to Qatar and Turkey, the primary supporters of Hamas and the home bases for the terror organization. Recently, Turkey’s President Erdogan was able to extract a near obsequious apology from Vice President Biden over a “perceived” slight, yet the vice president of the United States has no time in his generally ceremonial schedule to meet with the minister of defense of Israel, the most stalwart of all U.S. allies.

The State Department’s insult to Defense Minister Ya’alon is best considered in light of the U.S. treatment of Iran. The solicitous way the U.S. treats Iran is mind-boggling. The Persian nation is the world’s single most dangerous actor by any metric available: state-sponsored terrorism; religious fanaticism and apocalyptic fantasies; racism and stated commitment to genocide and destruction of a United Nations member (desire to “wipe Israel off the map”); violation of every nuclear armament treaty it has been party to, most recently denying U.N. inspectors access to a nuclear development site; wanton oppression of religious minorities (i.e., Bahais) and human rights violations. Amnesty International reported that 369 people were publicly put to death in Iran in 2013, and according to a U.N. report, in the first quarter of 2014 the number of executions exceeded 170 people. It is a stain on the U.S. that it will publicly deal with Iran while leaving Israeli leaders in the cold. The recent treatment of Ya’alon is reminiscent of Obama making Israeli Prime Minister Netanyahu enter the White House through a side door and then wait for over an hour as Obama finished supper with his family. No nation has suffered this sort of offensive behavior, let alone a dedicated ally. American Jewish support of Obama and his policies mystifies me on a level rivaled only by U.S.-Iran and U.S.-Muslim relations, all of which is an obscenity.

U.S.-Israel relations are only going to get more complicated and contentious if recent competition for lucrative military arms deals is any indication. Israel was just awarded a more than half-billion-dollar arms contract to India. Last summer, Israel was close to signing an arms deal with Poland in excess of a quarter-billion dollars before the U.S. intervened and stole the deal. Israel’s exercising greater independence will lead to more rancor between the two countries, yet Israel must pursue these deals to balance an economy which is losing lucrative European markets due to anti-Israel legislation by the European Union.

I cannot bring myself to discuss the tragic murder of Chaya Zissel Braun, a”h, an American citizen, the child of American parents. The sight of her perfection in the bassinet with pictures of Gedolei Yisrael surrounding her is embedded on my neshamah. It is to the discredit of the U.S. State Department that it has no soul, nor understanding of right and wrong. The State Department’s measured words after the terror attack and urging “all sides to exercise restraint and maintain calm” contrast shamelessly with its robust statement demanding that Israel investigate the killing of an Arab-American citizen who was killed in the act of throwing a petrol-bomb, a lethal weapon.

I have referred before to the famous quote “Keep your friends close and your enemies closer.” First you must know the difference.

Meir Solomon is a writer, analyst, and commentator living in Alon Shvut, Israel, with his wife and two children. He can be contacted at msolomon@hamodia.com.