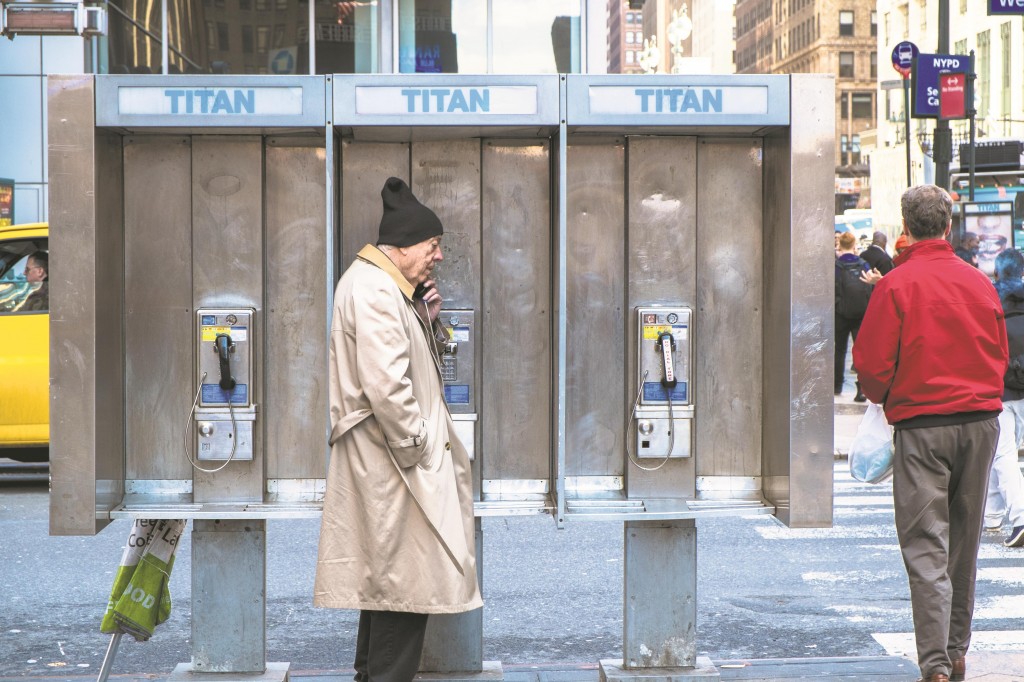 The city has scuttled an outdoor media company’s project slated to install in payphone booths thousands of transmitters that could track people’s movements by sending signals to their smartphones.

Titan, which sells ad space in more than 5,000 phone kiosks, had received approval from the city to place the transmitters, known as beacons, in the booths, and 500 had already been installed around Manhattan.

The beacons emit a signal that is picked up by smartphones. The technology is most often used to send ads, called push advertising, onto people’s cellphones. But the signal, which uses Bluetooth rather than Wi-Fi or cellular signals, could also be used to track the movements of the phones’ owners, which would have added to the ever-increasing layers of surveillance installed in the nation’s largest city since the Sept. 11, 2001, terror attacks.

“While the beacons Titan installed in some of its phones for testing purposes are incapable of receiving or collecting any personally identifiable information, we have asked Titan to remove them from their phones,” said Phil Walzak, spokesman for Democratic Mayor Bill de Blasio.

A spokesman for Titan said that the beacons were not intended to track people but it would honor the city’s request to remove them. The beacons are expected to be removed in the coming days.