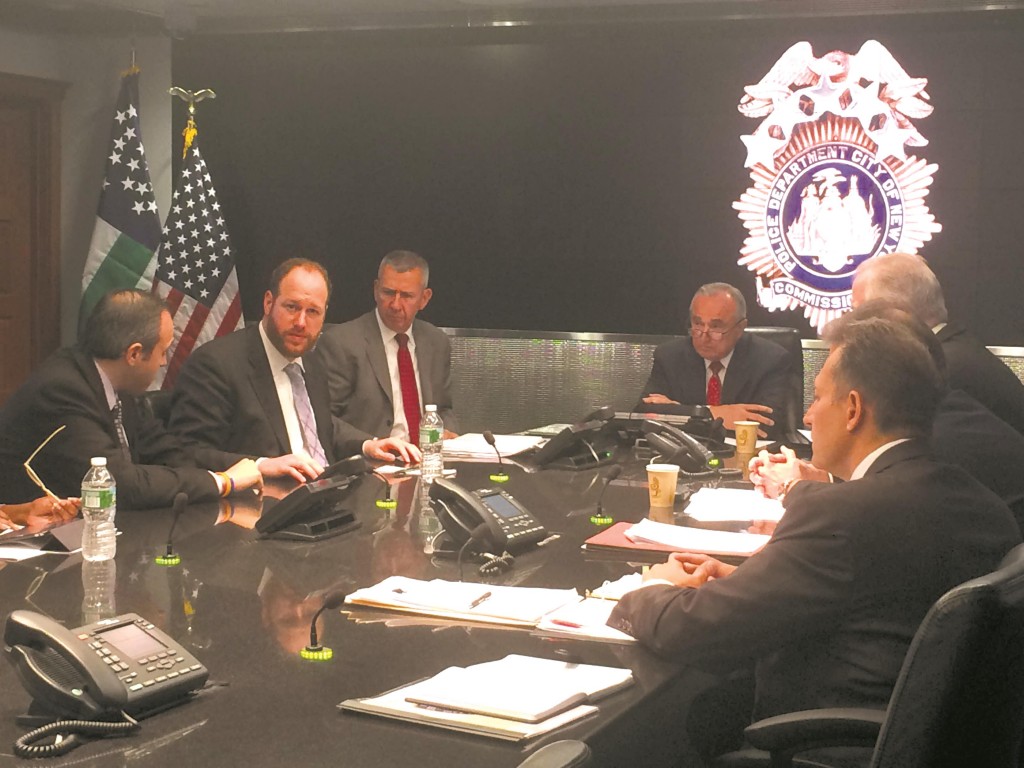 A group of New York City lawmakers met on Wednesday with Police Commissioner William Bratton, urging him to make fighting a recent rise in anti-Semitic crime a priority.

Bratton, said Councilman David Greenfield, a Brooklyn Democrat who hosted the meeting at One Police Plaza, appeared receptive to their request. The city’s top cop agreed to the meeting after a press conference in front of City Hall before Rosh Hashanah on the issue.

The NYPD has been tackling the scourge, bringing in a former senior advisor to the U.S. secretary of Homeland Security to come up with a plan on fighting hate crimes more aggressively.

During the meeting, Bratton was urged to work on strengthening communication between precincts and the local community, and for the NYPD to be more aggressive in denouncing such crimes. Tregyer addressed the need for more patrol officers in neighborhoods with high amounts of hate crimes and Levin discussed focusing on hate groups such as a recent gathering of white supremacists in Brooklyn.

Councilman Mark Levine, who chairs the council’s Jewish Caucus, sent in questions to be asked regarding accurate statistics of hate crimes and increasing transparency on hate crime reporting.