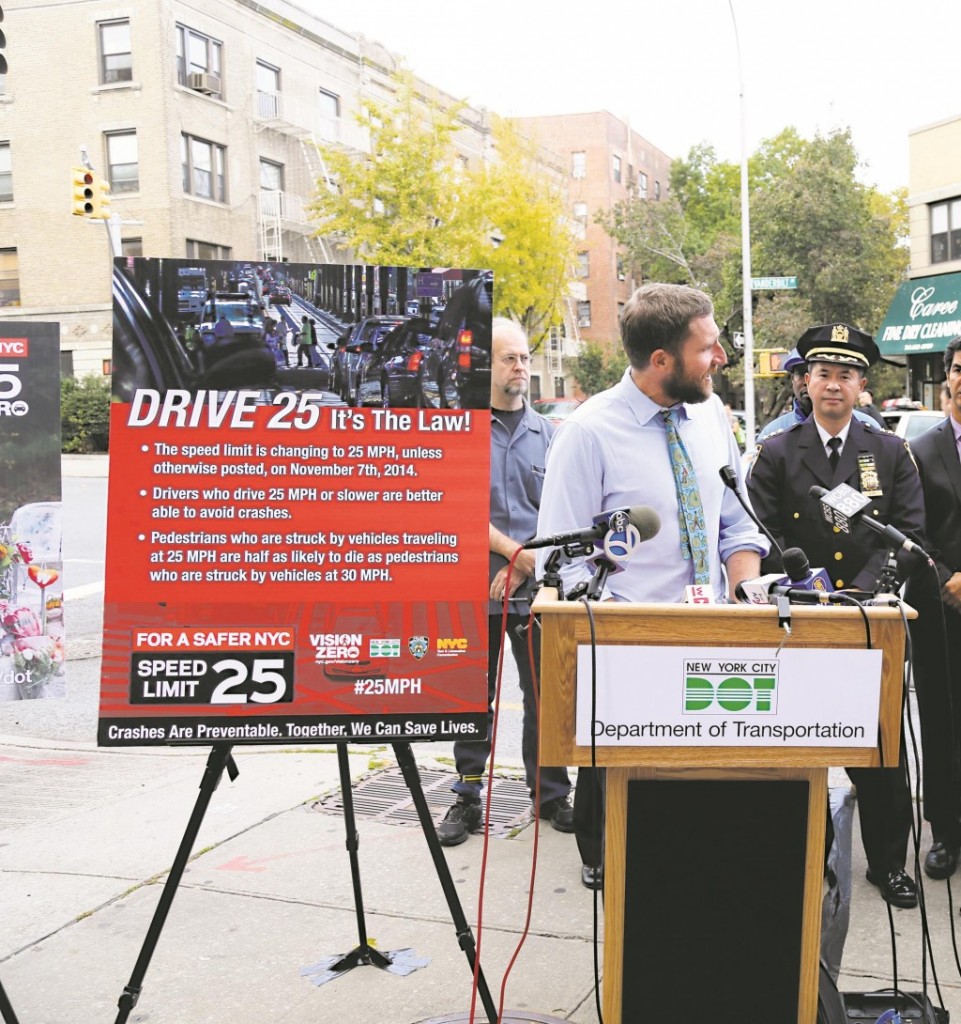 New York City’s new default speed limit will be lowered to 25 mph starting on Friday, Nov. 7, meaning this will be the maximum limit on most residential streets unless specified otherwise.

The change, passed a day before Sukkos by the city council, is part of Mayor Bill de Blasio’s “Vision Zero” effort to cut down on pedestrian deaths. The current speed limit is 30 mph.

Officials say that overall, the number of people killed in city traffic accidents has increased by about 15 percent in recent years.

“This change will make the streets of New York City safer for our children and all our pedestrians,” the New York Police Department said in a statement. “With just a 5 mph reduction in speed, we can cut the fatality rate for pedestrians struck by vehicles in half.”

A study by Liberty Mutual Holding Co., a Boston-based insurance company, found that New York City is the fifth-safest city for pedestrians despite the fact that most people walk because 54 percent of households don’t own cars.

Seattle, where everyone waits at a crosswalk for a signal change, was deemed the safest U.S. city. The city in Washington state has few pedestrian deaths and has invested in infrastructure that residents say makes walking safer, the insurer said Tuesday in releasing the results. Boston was the second safest among the 25 cities studied, followed by Washington, D.C. Detroit was the most dangerous.

“It’s a combination of many things: infrastructure improvements, education improvements,” Dave Melton, Liberty Mutual’s managing director of global safety, said in an interview. “All of those things have an impact.”