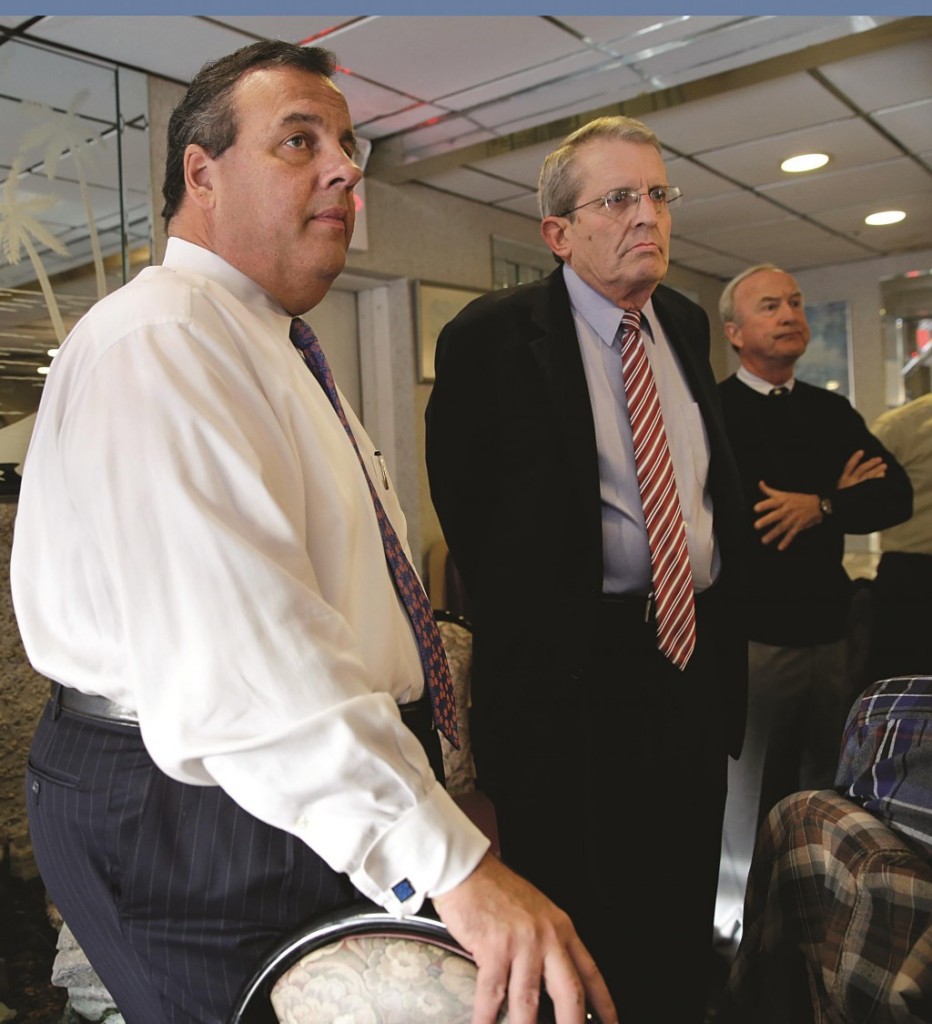 GOP Gov. Chris Christie took a break from the road on Monday morning to lend a hand to the New Jersey Republican in an uphill battle for a U.S. Senate seat.

Christie, who has been campaigning for Republicans across the country in his role as chairman of the Republican Governors Association ahead of the midterm elections in two weeks, joined the lesser-known Jeff Bell at a diner, where he greeted supporters and criticized Democrat Cory Booker for agreeing only to a single debate.

“I’ve been very disappointed that there haven’t been more debates in this race. Frankly, you know, people have the right to hear the candidates side-by-side making their case. And more than just once,” said Christie, who has long had a close relationship with Booker. “You shouldn’t be, you know, playing four corners and trying to run out the clock,” he said.

Booker brushed off the criticism.

“I’m glad the governor and I have had such a great, successful working relationship over these years. I look forward to continuing it as a full-term United States senator,” he said.

The latest polls show the race tightening, with one showing Bell trailing the incumbent by nine points. But his signature issue, having the U.S. dollar pegged to gold, has little traction among the voters. Even Christie said, “I haven’t given any deep thought to it.”

“In New Jersey, it’s not something that I have to deal with every day,” he added. “That’s why I’m not running for the United States Senate, and Jeff is.”