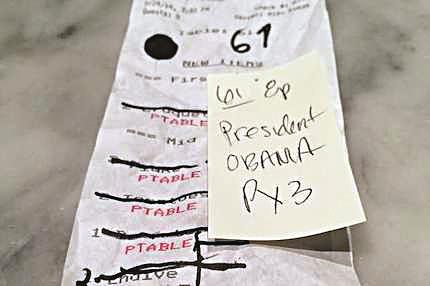 The Secret Service is charged with watching the president’s back, but who’s watching his wallet?

When his credit card was declined last month while dining in New York, President Barack Obama wondered if he had become a victim of identity theft.

“It turned out, I guess I don’t use it enough,” Obama said Friday at the Consumer Financial Protection Bureau.

“They thought there was some fraud going on,” he said, chatting while announcing a government plan to tighten security for debit cards that transfer federal benefits like Social Security to millions of Americans. “Even I’m affected by this,” he said.

“I was trying to explain to the waitress ‘No, I really think that I’ve been paying my bills.’”

Fortunately first lady Michelle Obama was able to whip out a credit card they could use.