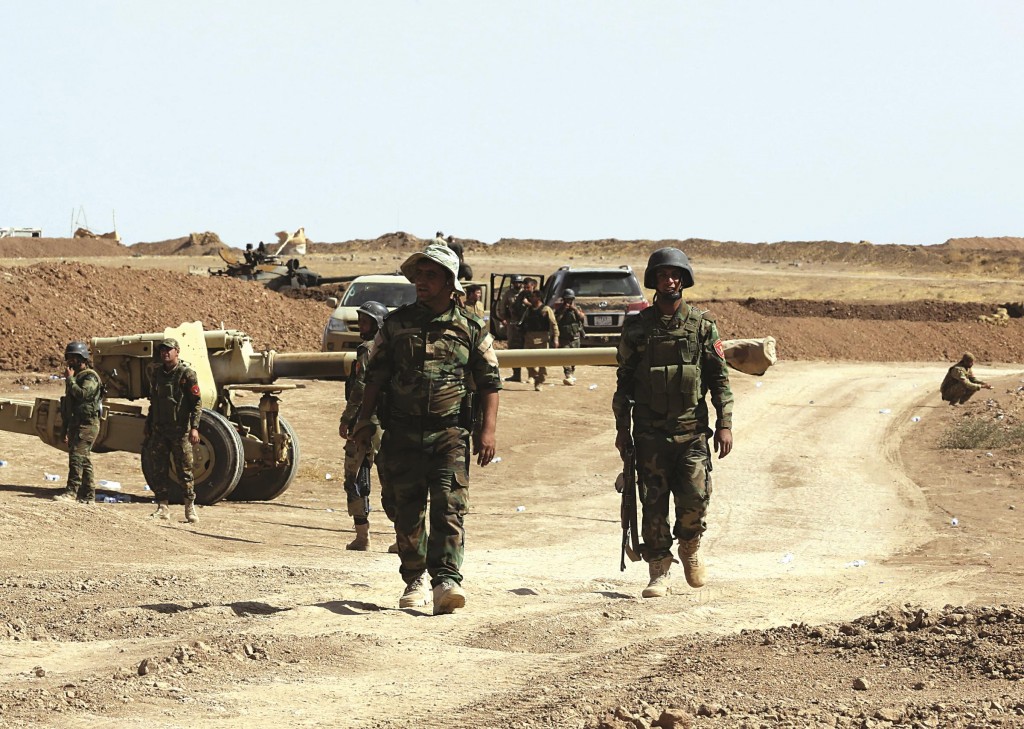 The exhausted Kurdish fighters leaned against a pair of antiquated green cannon on a hill overlooking this northern Iraqi village, the ground around them littered with shrapnel from fierce battles with Islamic State terrorists.

One of them, Moustafa Saleh, tapped the cannon with his mud-caked boots. “Russian-made,” he said, with a smirk. “My grandfather used the same one.”

Iraqi Kurdish fighters on the front lines of battle say they have yet to receive the heavy weapons and training pledged by the United States and nearly a dozen other countries to help them push back the Sunni terrorists.

U.S.-led airstrikes have forced the terrorists to retreat or go into hiding in towns and villages across northern Iraq, paving the way for ground forces to retake territory seized by the Islamic group in its lightning advance since June across western and northern Iraq.

But without more sophisticated weaponry, the Kurdish fighters, known as peshmerga, have had to rely on aging arms like the Soviet-era cannons. While some newly sent arms have stacked up in the Kurdish capital, including a shipment from Germany this week, Kurdish officials say they can’t be distributed until the Kurdish fighters are trained. The delay shows the difficulties on the ground as the U.S. and its allies bomb the terrorists from the air.

The U.S. and Western allies including Britain, France, Germany and the Netherlands have committed to arming the Kurds, agreeing to send machine guns, assault rifles and ammunition.

Retired Lt. Gen. Michael Barbero, a former U.S. commander in Iraq who just returned from a trip to Irbil, said it was clear to him that the U.S. is not delivering the weapons the Kurds need to fight the Islamic State group.

“The short answer is ‘no,’ they are not getting the heavy weapons they need,” he said, adding that the Kurds were in great need of American technology to counter roadside bombs. “They took a lot of casualties in the fight on the Syrian border.”