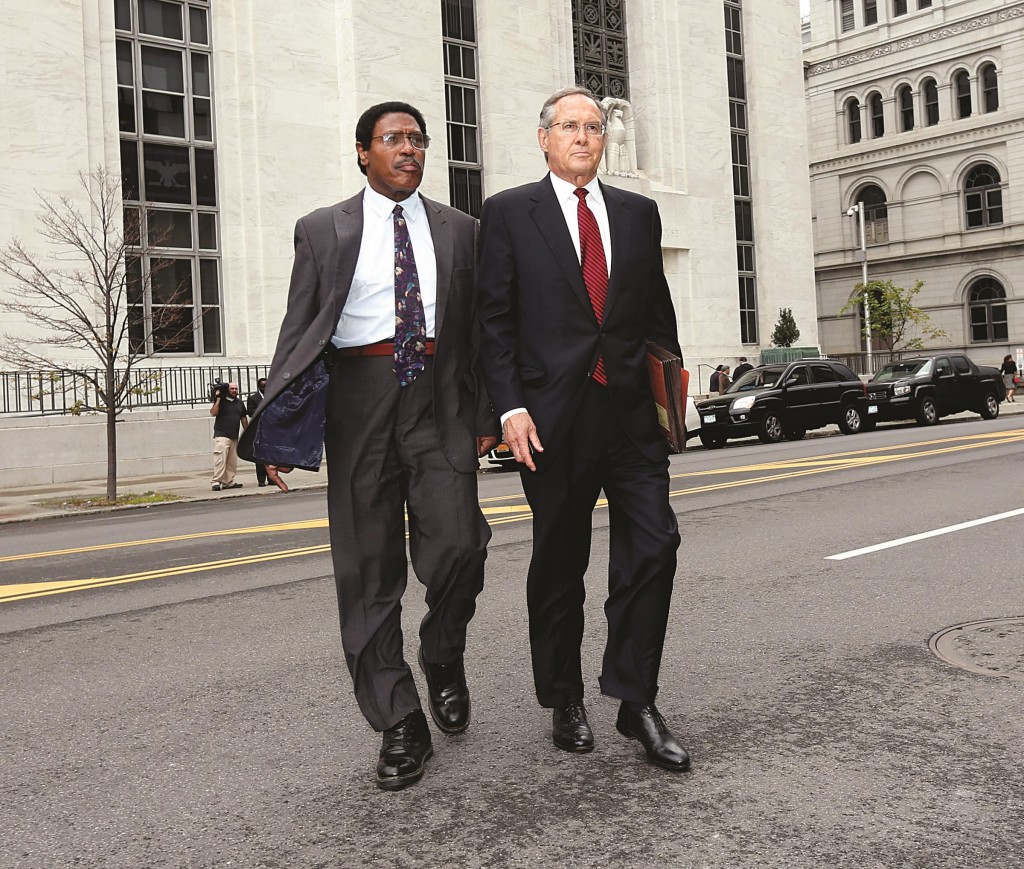 A longtime state assemblyman from Queens was charged Wednesday with felony counts of using his campaign funds for personal expenses and filing false claims for travel reimbursements.

William Scarborough, a 68-year-old Democrat, was shackled and wearing a suit when he pleaded not guilty in Albany County Court to charges of grand larceny and filing false campaign documents.

In the afternoon, unshackled, he pleaded not guilty in federal court to charges of theft and wire fraud related to expense claims. He was released after each arraignment.

Scarborough said he’s at his Albany office more than many downstate lawmakers, working there when the Legislature isn’t in session, and has a higher level of expenditures. He is running unopposed for re-election in November and said nothing has changed as far as his campaign is concerned.