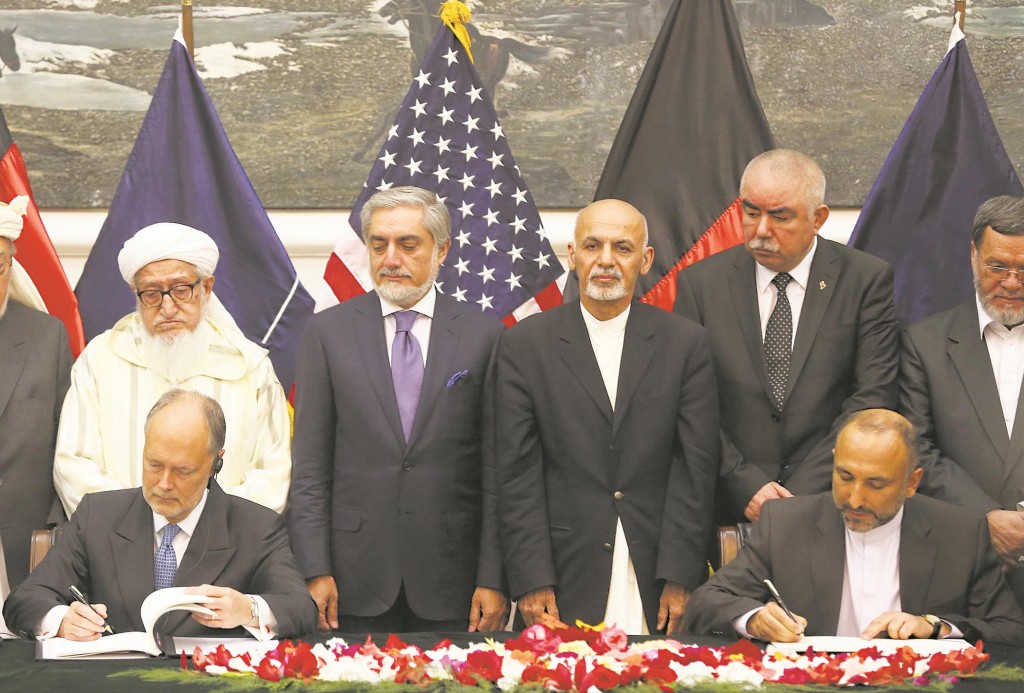 Afghanistan and the United States signed a security pact on Tuesday to allow U.S. forces to remain in the country past the end of year, ending a year of uncertainty over the fate of foreign troops supporting Afghans as they take over the fight against the Taliban insurgency.

Under the pact, along with a separate deal signed with NATO, about 10,000 American troops and several thousand more from other NATO countries will stay to train and advise Afghan forces, after the international combat mission ends Dec. 31.

Former Afghan President Hamid Karzai had refused to sign it despite U.S. threats of a full withdrawal in the absence of legal protections for American forces. U.S. officials have said that the delay in the deal’s signing does not affect plans for next year.

President Ashraf Ghani Ahmadzai, who was sworn into office a day earlier, told a crowd assembled at the presidential palace in the capital Kabul for the signing ceremony that the agreement signaled a fundamental shift for the positive in the country’s relations with the world.

“This agreement is only for Afghan security and stability,” he said in comments broadcast live on state media. “These agreements are in our national interest. The Bilateral Security Agreement will pave the ground for Afghanistan to take control,” he added.

President Barack Obama hailed what he called a “historic day in the U.S.-Afghan partnership that will help advance our shared interests and the long-term security of Afghanistan,” according to a White House statement.