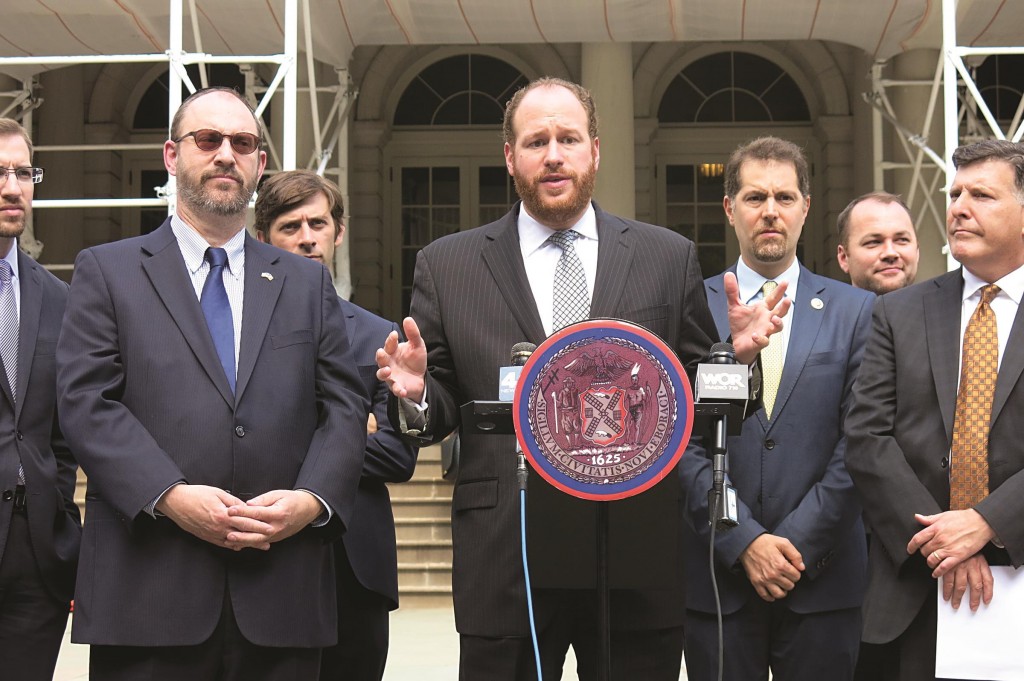 Nearly half of the City Council called on Mayor Bill de Blasio to combat a rising number of anti-Semitic crimes in New York City.

The demand, made Thursday at a City Hall press conference, comes after a summer of vandalism and violence against Jews, fueled by Israel’s defensive operation in Gaza.

“As we have seen waves of hateful violence against the Jewish community sweep across Europe,” said Councilman David Greenfield, who organized the event in conjunction with the council’s Jewish Caucus, “we must act to stop it in its tracks here in New York City.”

Councilman Mark Levine, who chairs the Jewish Caucus, said he is drafting a bill to have hate crime data be included in the NYPD’s weekly Compstat report, which maps out where crimes are highest in the city.

Greenfield said that de Blasio must put more police officers on the street in Jewish communities, particularly as the Yamim Nora’im approach.