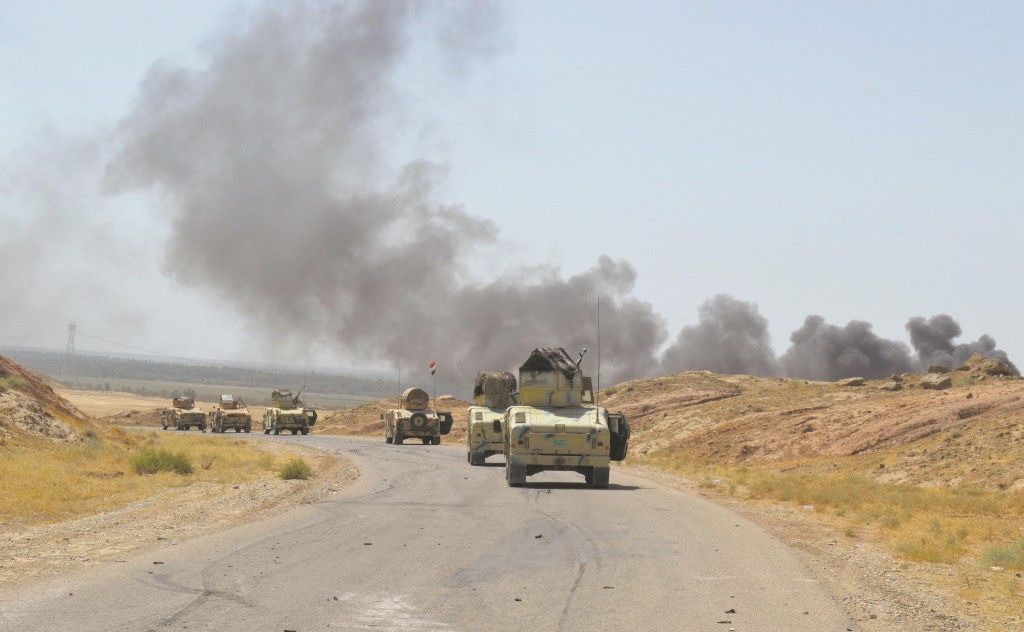 Islamic State urged its followers on Monday to attack citizens of the United States, France and other countries which have joined a coalition to destroy the terrorist group.

The United States is building an international coalition to combat the terrorist Sunni Muslim force, which has seized large expanses of territory in Iraq and Syria and proclaimed a caliphate, erasing borders in the heart of the Middle East.

Adnani said the intervention by the U.S.-led coalition would be the “final campaign of the crusaders,” according to SITE’s English-language transcript of an audio recording in Arabic.

French Interior Minister Bernard Cazeneuve said the group’s call showed once again, “if it needed to be shown, the barbarity of these terrorists, and shows why we must fight them relentlessly…” In a statement, he added, using an Arabic acronym for the militants: “We must also eliminate the risk that Daesh represents to our security.”

U.S. and French warplanes have struck Islamic State targets in Iraq, and on Sunday the United States said other countries had indicated a willingness to join it if it goes ahead with air strikes against the group in Syria too.

Washington has also committed $500 million to arm and train Syrian rebels and to send 1,600 U.S. military advisers to Iraq to help fight Islamic State, while stressing the U.S. personnel would not engage in combat.

Addressing Obama directly, Adnani added: “O mule of the Jews, you claimed today that America would not be drawn into a war on the ground. No, it will be drawn and dragged … to its death, grave and destruction.”

Obama, who has spent much of his tenure since 2009 extracting the United States from Iraq after its costly 2003 invasion and occupation, is sensitive to charges that he is being drawn into another long campaign that risks the lives of U.S. soldiers.

While Obama has ruled out a combat mission, military officials say the reality of a protracted campaign in Iraq and possibly Syria may ultimately require greater use of U.S. troops.

In his statement, Adnani criticized Kurdish fighters who are battling the Islamic State terrorists in both Syria and Iraq.

Adnani also condemned Saudi Arabia, whose senior Muslim clergy have denounced Islamic State and whose ruling royal family has joined other Arab states in a pledge to tackle terrorist ideology.