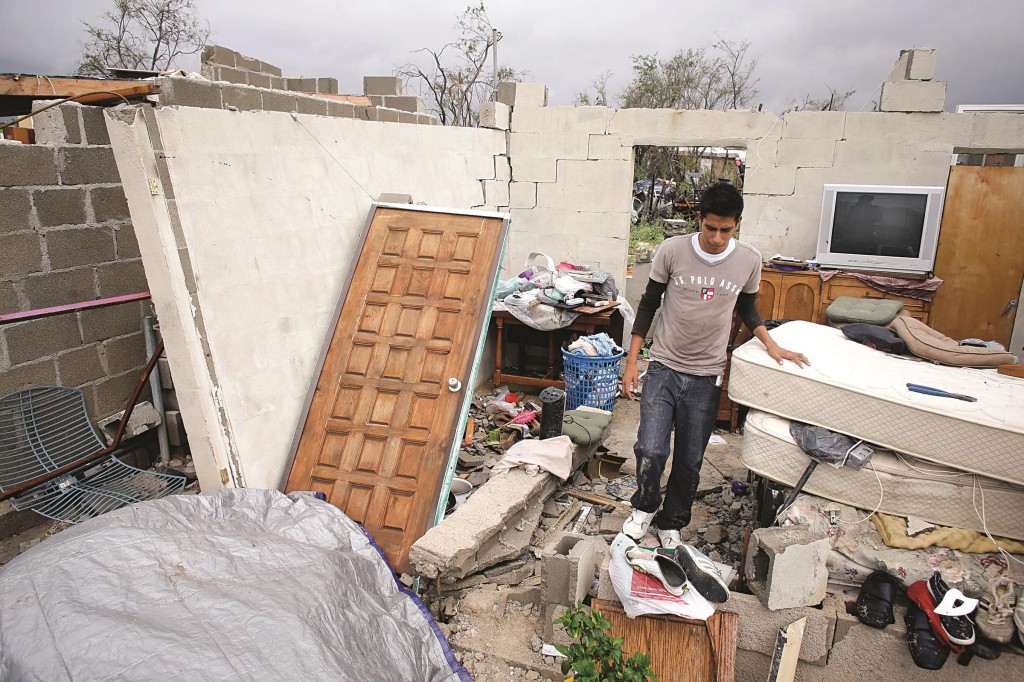 The storm, which made landfall near Cabo San Lucas as a powerful Category 3 hurricane, toppled trees, power poles and road signs along the main highway, which at one point was swamped by rushing floodwaters. Countless windows were blown out of rental cars and high-end hotel rooms, and resort facades crumbled to the ground.

“It’s the entire corridor” between San Jose del Cabo and Cabo San Lucas, said Deneb Poli, a medical worker at the Hotel Melia Cabo Real. She said all the hotel’s guests and employees were fine, but electricity and phone lines were cut and cellphone coverage was spotty. “There are parts of hotels that are completely collapsed. … The damage is pretty extensive.”

The Los Cabos international airport remained closed to all flights on Monday.

Odile continued to lash the state of Baja California Sur as it marched northward with strong winds and heavy rains, but it weakened to a Category 1 hurricane and was expected to be downgraded to a tropical storm.

Odile was expected to drop 6 to 12 inches of rain with isolated accumulations of 18 inches, threatening to unleash dangerous flash floods and slides.

Meanwhile in the central Atlantic, Hurricane Edouard strengthened to a Category 2 storm Monday with maximum sustained winds near 105 mph, although it was forecast to remain far out at sea and pose no threat to land.