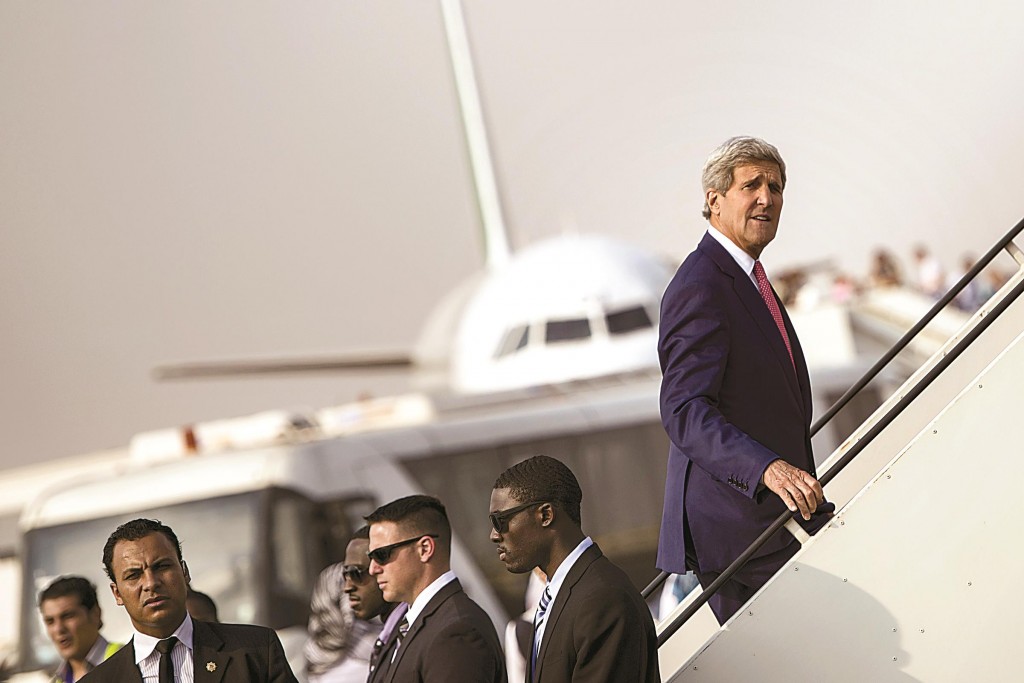 Newly outraged by the beheading of yet another Western hostage, diplomats from around the world are in Paris pressing for a coherent global strategy to combat extremists from the Islamic State group — minus two of the main players and without any ground troops — in a conflict that threatens to spill beyond the Mideast.

U.S. Secretary of State John Kerry has been pressuring allies ahead of a conference Monday to show a united front, especially from majority-Muslim nations, saying nearly 40 countries agreed to contribute to a worldwide fight to defeat the terrorists before they gain more territory in Iraq and Syria.

The White House said Sunday it would find allies willing to send combat forces — something the United States has ruled out — but that it was too early to identify them. The U.S. has so far been alone in carrying out airstrikes.

Several Arab countries offered to conduct airstrikes against the Islamic State group, according to a State Department official traveling with Kerry who briefed reporters on condition of anonymity to discuss diplomatic developments during his trip.

A second official gave some examples of what the U.S. would consider a military contribution: providing arms, any kind of training activity and airstrikes.

Muslim-majority countries are considered vital to any operation, although there have only been vague offers of help previously. Iran was struck off the invitation list, and Western officials have made clear they consider Syria’s government part of the problem.

“Ultimately, this is a fight within Islam, within Sunni Islam,” White House chief of staff Denis McDonough told Fox News on Sunday.

“That’s why we know that ultimately to defeat and ultimately destroy ISIL, something that is not only in our interest but in the interest of the countries in the region, they are going to need to take the fight to it,” he said, using one of the acronyms for the group.

“We’ll build, we’ll lead, we’ll undergird, and we’ll strengthen that coalition. But ultimately, they’re going to help us beat them on the ground,” McDonough said.

The CIA estimates the Sunni group has access to between 20,000 and 31,000 fighters in Iraq and Syria. A senior Iraqi intelligence official told The Associated Press that more than 27,600 Islamic State fighters are believed to be operating in Iraq alone, including about 2,600 foreigners.