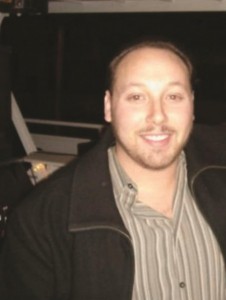 We’ve run out of words.

Once, before leaving a shivah, the Amshinover Rebbe, shlita, said to one of the mourners, “Human speech is too limited to express nechamah.”

How much more so do we lack the means to express the enormity of such a death.

Words like barbarism, brutality, savagery — and thesauruses full of synonyms — ring hollow when trying to deal with the slaughter of James Foley, and now Steven Sotloff.

Even Kerry said in a statement, “There are no words strong enough to express the sorrow we feel for his family.”

If we have no words to express our sorrow over the past months of tragedies, Klal Yisrael has also run dry of tears. But a new revelation adds grief upon grief. After a gag order imposed to protect Sotloff was lifted, Yediot Acharonot reported that Sotloff was Jewish. He was the grandson of Holocaust survivors and attended a Jewish day school in Miami. Not only that, but he later went to Israel and made aliyah.

All this information was scrubbed from the internet in an effort to prevent ISIS from discovering that Sotloff was a Jew. But, tragically, sometimes even silence isn’t enough. Even after his mother’s impassioned plea for mercy, saying he was “an innocent journalist” and “an honorable man” who “has always tried to help the weak,” the unthinkable — and unspeakable — happened.

But another dimension of the story brought it even closer to home. The report in Yediot brought out another revelation — a staggering example of the pintele Yid asserting itself.

A fellow captive who was since released by ISIS told Yediot that Sotloff managed to fast on Yom Kippur even while he was being held by the Islamic State terrorists.

“He told them he was sick and didn’t want to eat, even though we were served eggs that day,” the friend said. “He used to pray secretly in the direction of Jerusalem. He would see in which direction (his Muslim captors) were praying and then adjust the angle.”

Some time later, a supporter of Yeshivah Ohr Somayach told the Rosh Yeshivah, Harav Nota Schiller, “I realized one day nobody is saying Kaddish for Daniel Pearl. So, even though I’m not observant, I took it upon myself, and said Kaddish every day for him for that year.”

Every day is a lot to ask, but just for a moment, perhaps we might stop and say a perek Tehillim, or learn a Mishnah, or do some small chessed or mitzvah (though who can really say what chessed or mitzvah is “small”?) for the neshamah of Steven Sotloff.

And as we get closer to the Yamim Nora’im, let us remember a man who — in the jaws of the jackal — managed to fast on Yom Kippur and face toward Yerushalayim.

This article appeared in print on page 10 of the September 4th, 2014 edition of Hamodia.