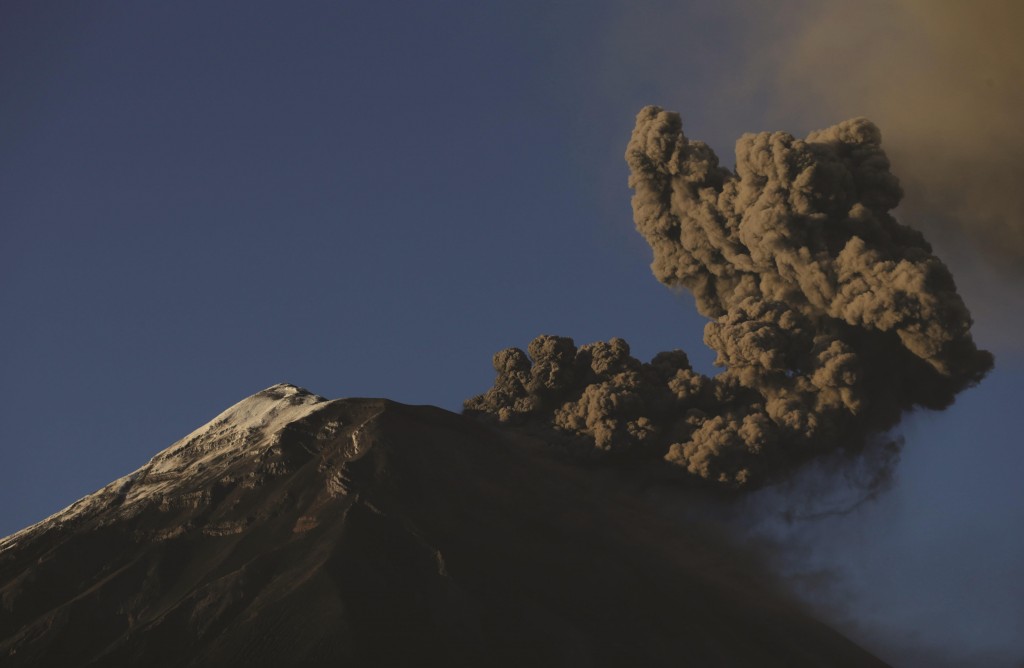 The red warning code — the highest in the country’s alert system — was raised early Sunday after the eruption in the Holuhraun lava field, about five kilometers (three miles) north of the Dyngjujoekull glacier. The warning was lowered 12 hours later as visibility improved and it was clear that no volcanic ash was detected.

“Visual observation confirms it is calm, but continuous,” the weather agency said on its website.

Sunday morning’s eruption at about 0500 GMT (1 a.m. EDT) followed a smaller one in the same site on Friday that also prompted authorities to briefly raise the aviation warning code to restrict flights in the area. Thousands of small earthquakes have rocked the region in recent days, leading to concerns that the main volcano may erupt.

The aviation warning meant that no flights were allowed in the airspace north of the fissure eruption area, up to 6,000 feet (1.1 miles) from the ground. Aviation officials said the restrictions do not affect commercial flights, which fly much higher than that.

Authorities said lava fountains of about 50 meters (165 feet) high erupted Sunday from the fissure, estimated to be almost a mile (1.6 kms) long.

The fissure eruption appeared about 40 kilometers (28 miles) from the main Bardarbunga volcano, which lies under the vast Vatnajokull glacier that dominates the eastern corner of Iceland.

Though remote and sparsely populated, the area is popular with hikers in the summer. Officials earlier evacuated all tourists in the region after intense seismic activity there.

Although Sunday’s fissure eruption was more powerful than the one on Friday, experts say the situation is contained and is unlikely to result in the same level of aviation chaos as 2010.

Meanwhile, Several communities were evacuated and some international flights were diverted Friday after a volcanic eruption on Papua New Guinea.

Authorities in the South Pacific nation had evacuated communities close to Mount Tavurvur which erupted early Friday in Rabaul district on New Britain Island, Australia’s Department of Foreign Affairs and Trade said in a statement.

Residents of Rabaul town, the provincial capital, had been advised to remain indoors to avoid falling ash, the statement said.