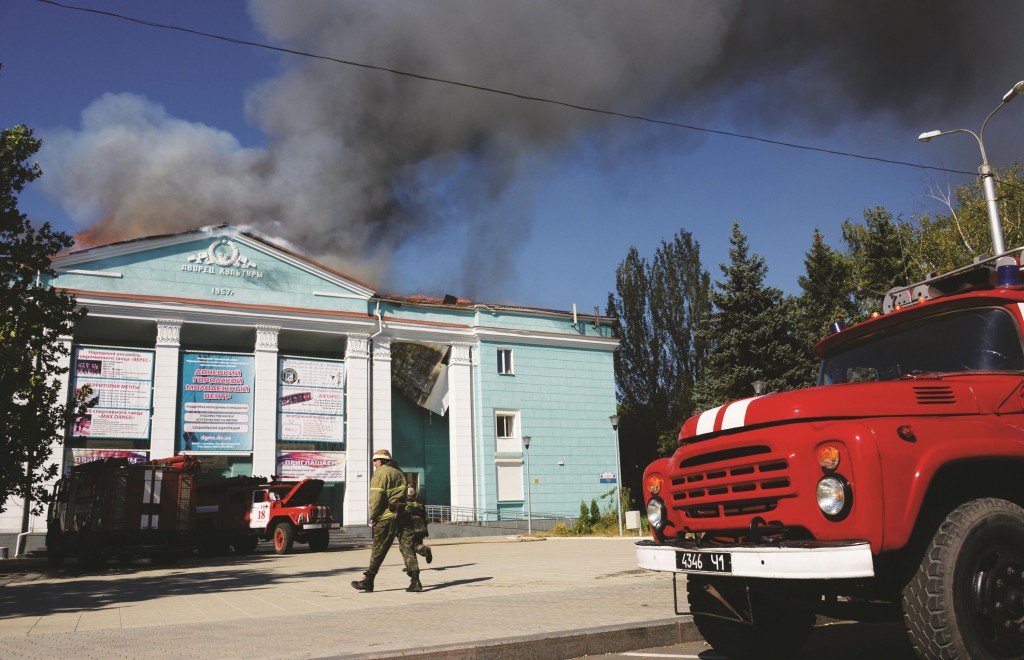 The bold offensive along a new southeastern front raised the prospect that the separatists are seeking to create a land link between Russia and Crimea, which also would give them control over the entire Azov Sea.

After a third day of heavy shelling that sent many residents fleeing, rebel fighters with dozens of tanks and armored vehicles entered Novoazovsk, a resort town of 40,000 on the Azov Sea, the mayor told The Associated Press.

Novoazovsk lies along the road linking Russia to the Ukrainian port of Mariupol and onto Crimea, the Black Sea peninsula that Russia annexed in March.

The separatist attack appears to have caught government forces off guard, and they were scrambling Wednesday to build up defenses. The offensive also adds to growing evidence that the rebels receive Russian support.

Ukraine and Western governments have long accused Russia of playing a direct role in the conflict, supplying troops and weaponry to the rebels. Russia consistently denies the claims, but its stance is increasingly dismissed abroad.

Russian President Vladimir Putin and his Ukrainian counterpart, Petro Poroshenko, met Tuesday for their first one-on-one meeting, but there was no indication of a swift resolution to the fighting that has claimed at least 2,000 civilian lives.

Poroshenko called the talks “overall positive” and said Putin had accepted the principles of his peace plan, which includes an amnesty for those in the east not accused of serious crimes and calls for some decentralization of power.

Putin, however, insisted that only Kiev could secure a cease-fire deal with the separatists, saying the conflict was “Ukraine’s business” because Russia was not in the fight.