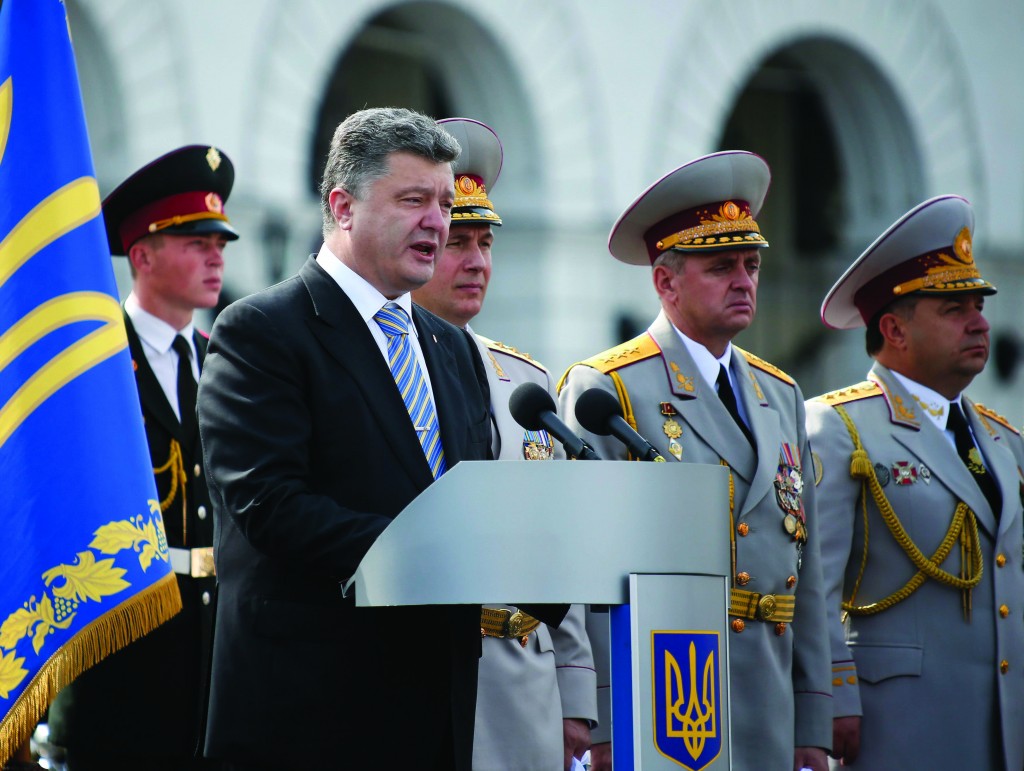 Divided by mistrust and mutual recriminations, the Russian and Ukrainian leaders will hold rare talks on Tuesday that offer only a slim hope of progress towards ending five months of separatist war in Ukraine.

Since Vladimir Putin and Petro Poroshenko last met on June 6 in France, Ukraine has turned the tide of the conflict and largely encircled pro-Russian rebels holding out in two cities in the east of the former Soviet republic.

But the diplomatic crisis has only deepened, especially since the downing of a Malaysian airliner over rebel-held territory last month with the loss of 298 lives.

Ukraine accused Russia on Monday of sending soldiers across the border to open a new front, a charge that Moscow dismissed as the latest salvo in a campaign of misinformation.

Russia has consistently denied arming or fighting alongside the separatists. Stung by U.S. and EU sanctions against its finance, oil and defence sectors, it has hit back by banning most Western food imports, in a trade war that is hurting both the Russian and European economies.

With East-West tensions at their highest since the Cold War, Russian and NATO forces have both stepped up exercises in recent months.

Tuesday’s talks in the Belarussian capital of Minsk, will include European Union foreign policy chief Catherine Ashton and the leaders of Belarus and Kazakhstan, partners in a Russian-led customs union.

But expectations on all sides appear low, with German Chancellor Angela Merkel among those playing down any likelihood of a breakthrough to end the fighting, in which more than 2,000 people have been killed since April.

At a news conference on Monday, Russia’s Lavrov said the West must not expect Moscow to solve the crisis as if by magic, and suggested it needed to rethink its view of the conflict.

“I think that with regard to Ukraine, a recognition will come of the complete pointlessness of betting on supporting a civil war, of betting that Ukraine, by using its army, will defeat part of its own people and peace will reign in Ukraine,” he said.

In the latest twist in the conflict, the Ukrainian military said a group of Russian forces, disguised as rebels, had crossed into southeast Ukraine with 10 tanks and two armored vehicles. It said border guards had halted the column outside Novoazovsk, Ukraine’s most southeastern point on the Azov Sea.

“This morning there was an attempt by the Russian military in the guise of Donbass fighters to open a new area of military confrontation in the southern Donetsk region,” military spokesman Andriy Lysenko told journalists.

Ukraine’s president on Monday dissolved parliament and called for early elections in October as his country continues to battle a pro-Russian insurgency in its eastern regions.

In a statement on his website, President Petro Poroshenko said snap elections would be held Oct. 26.

Poroshenko said the dissolution, which was prefigured by the breakup of the majority coalition last month, was in line with “the expectations of the vast majority of the citizens of Ukraine” and called it a move toward “cleansing” the parliament.

Many members of parliament “are allies of the militants-separatists,” Poroshenko said, referring to the pro-Russian rebels who have battled government troops in the country’s east since April.

The Party of Regions, which is backed by much of the country’s industrial, Russian-speaking east and was supported by pro-Russian ex-president Viktor Yanukovych, was the largest party in parliament before Yanukovych fled the country in the wake of massive protests in February, and it still has a substantial presence.

He emphasized the need to elect new leaders from the war-torn areas of east Ukraine in order to represent the region in the new government. It wasn’t clear how it would be possible to conduct elections at such short notice in Donetsk and Luhansk, where hundreds of thousands have fled their homes and shelling between rebel and government forces continues daily.