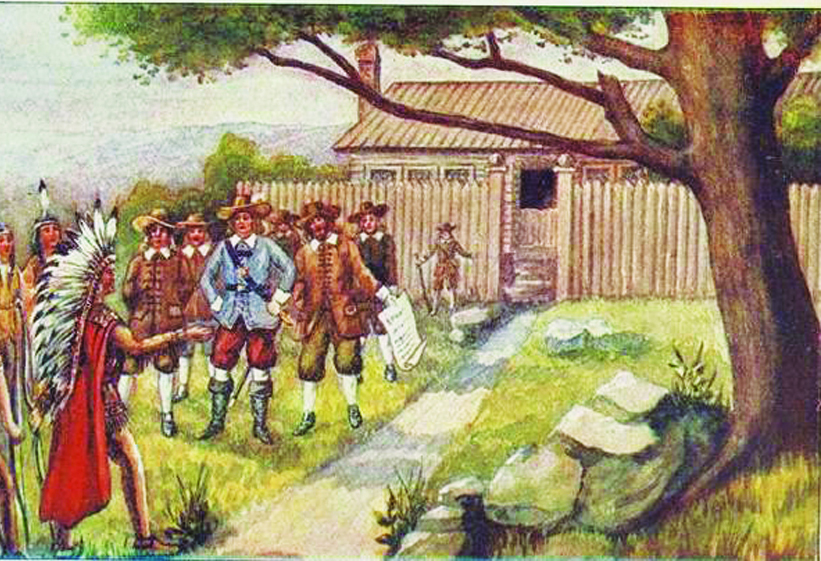 Nearly four centuries after Jonas Bronck set foot in America, his birthplace in southern Sweden is finally recognizing its historical link to the New York borough that bears his name.

On Saturday the small town of Savsjo (SEV-sher), deep inside the pine forest of Smaland province, is celebrating the 375th anniversary of the sea captain’s 1639 arrival in what is now the Bronx, where he was the first European settler.

Several descendants of his family in the U.S. will join representatives from the Bronx and local officials in a ceremony unveiling a monument to Bronck.

“It means a lot to me to attend the ceremony and to see the place where my namesake was born …,” said Jonas Bronk, a 10th generation descendant who is traveling from Los Angeles.

The family name has been spelled differently over time with some generations dropping the “c.” It’s unclear how the borough name got an “x,” but one theory suggests it was an abbreviation of the possessive case, as in “Bronck’s river.”

Bronck’s origins have been disputed for decades — the Faeroe Islands still claim him as theirs — but historians recently established he was born in Savsjo. After moving to the Netherlands, where he married a Dutch woman, he emigrated to America and bought land north of the Dutch settlement on Manhattan.

Bronck died childless after just four years in the New World, but his descendants trace their roots to Pieter Bronck, believed to be his nephew or cousin, who settled in upstate New York, said Brian Andersson, a former commissioner in charge of the New York Department of Records.

Andersson, a Bronxite of Swedish heritage, has been instrumental in getting Savsjo and Sweden to pay more attention to its historical connection to the Bronx. He is trying to foster ties between schools and businesses in both places.

“There are dozens of kids walking around in Sweden with Yankees hats on. They need to know that this is their hometown team,” Andersson said.

Andersson teamed up with a local entrepreneur, Roy Gustafsson, to set up the “Jonas Bronck Center” in Savsjo, with exhibitions on Bronck and other themes related to Swedish immigrants in America.

Savsjo commissioner Stefan Gustafsson said the town is still thinking about how to celebrate.

“It’s of course very exciting and at the same time we’re thinking about how we’re going to handle it,” he said. “I mean, we’re a municipality with 10,000 inhabitants. The Bronx has more than 1 million.”

Meanwhile, in the Faeroe Islands, a semi-autonomous Danish archipelago in the North Atlantic, local officials were surprised to hear of Savsjo’s celebration.

“We have to counteract,” joked Magni Arge, who has been promoting the Faeroese claim to Jonas Bronck.

The street Torshavn is named after a Jonas Bronck.

The theory “is pretty old, but it doesn’t mean that it doesn’t hold merit,” Arge said. “I’m ready to fight the Swedes every day.”