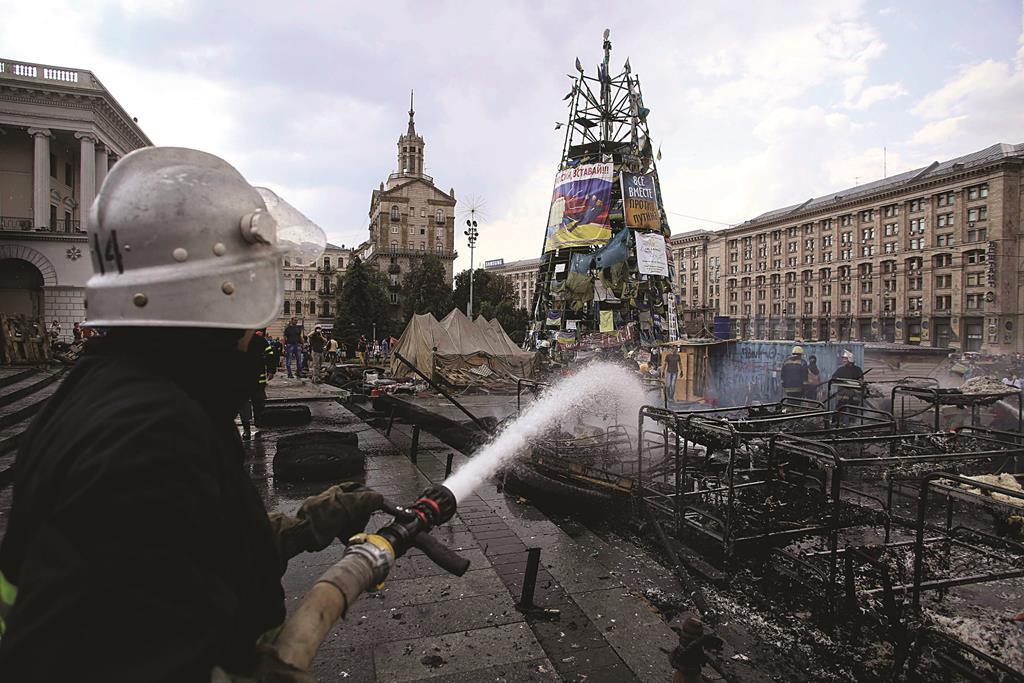 Artillery shells slammed into the outskirts of the Ukrainian city of Donetsk on Sunday as government forces tightened the noose around the rebel-held redoubt and called on pro-Russian separatists to surrender.

To the east of Donetsk, government forces and the separatists were fighting for control of the town of Krasny Luch, a rail and road junction through which Kiev says the rebels are receiving supplies of Russian military equipment.

Talk of a ceasefire, a possibility raised by a separatist leader on Saturday, evaporated as Kiev government forces kept up an offensive to crush the rebels.

Ukrainian military spokesman Andriy Lysenko said if the rebels wanted a ceasefire this meant “raising white flags and putting down their guns.”

There would be no truce while the Ukrainian army continued “punitive” military action, the rebels retorted in a statement.

Donetsk, a major industrial hub in Ukraine’s Russian-speaking east, resonated with the crash of shells on its outskirts for about eight hours up to mid-day on Sunday, a Reuters witness in the town said.

Ukraine and its Western allies accuse Russia of orchestrating the separatist revolt which erupted in April after Russia’s annexation of Ukraine’s Crimea peninsula. It says Russia is funneling tanks and missile systems to the rebels, who have declared independent “people’s republics” in the two main industrial regions. Moscow denies involvement.