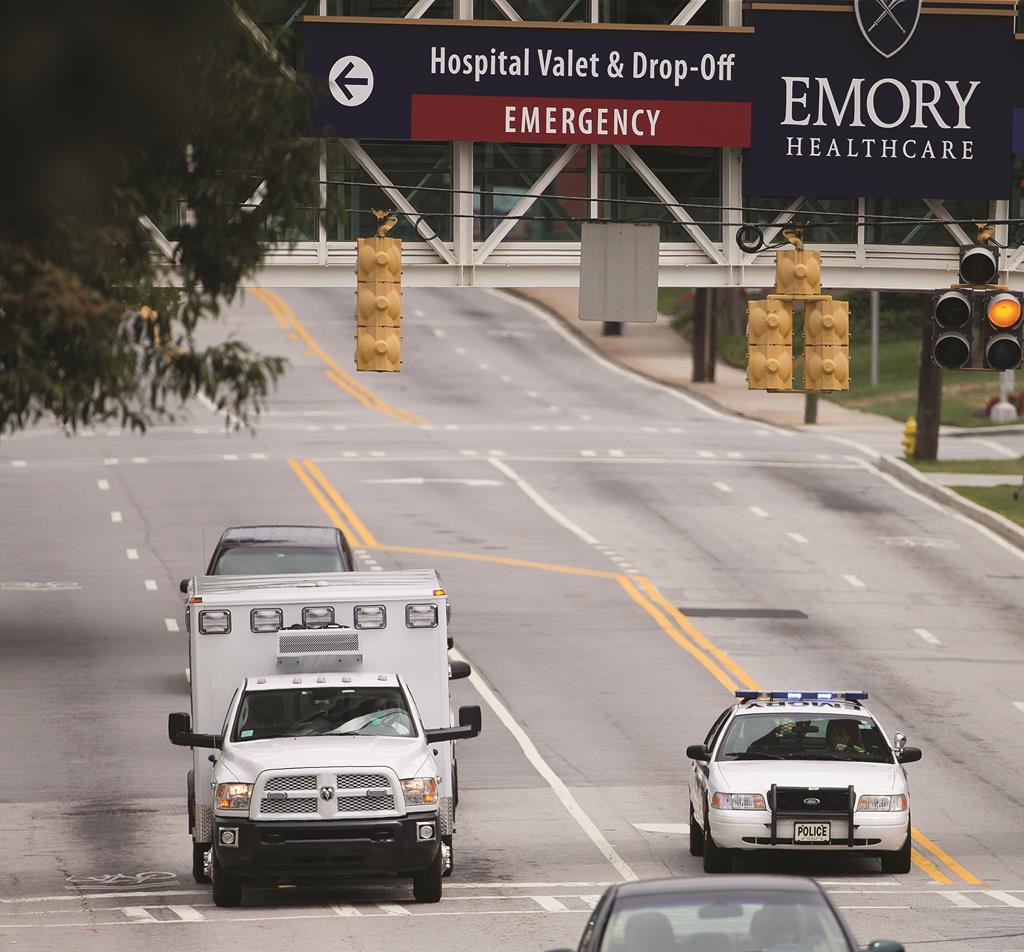 An American doctor stricken with the deadly Ebola virus while in Liberia and brought to the United States for treatment in a special isolation ward is improving, the top U.S. health official said on Sunday.

Dr Kent Brantly was able to walk, with help, from an ambulance after he was flown to Atlanta, where he is being treated by infectious disease specialists at Emory University Hospital.

“It’s encouraging that he seems to be improving — that’s really important — and we’re hoping he’ll continue to improve,” said Dr. Tom Frieden, director of the U.S. Centers for Disease Control in Atlanta.

Frieden told CBS that it was too soon to predict whether Brantly would survive, and a hospital spokesman said later that Emory did not expect to provide any updates on the doctor’s condition on Sunday.

Brantly is a 33-year-old father of two young children who works for the North Carolina-based Christian organization Samaritan’s Purse. He was in Liberia responding to the worst Ebola outbreak on record when he contracted the disease.

Since February, more than 700 people in West Africa have died from Ebola, a hemorrhagic virus with a death rate of up to 90 percent of those infected. The fatality rate in the current epidemic is about 60 percent.

A second U.S. aid worker who contracted Ebola alongside Brantly, missionary Nancy Writebol, will be brought to the United States on Tuesday as the medical aircraft is equipped to carry only one patient at a time.

The facility at Emory chosen to treat the two infected Americans was set up with the U.S. Centers for Disease Control and Prevention and is one of four in the country with the ability to handle such cases.

President Barack Obama said last week some participants at an Africa summit in Washington this week would be screened for Ebola exposure. Frieden said on Sunday there was no reason to cancel the event.

“There are 50 million travelers from around the world that come to the U.S. each year that are essential to our economy, to our families, to our communities. We’re not going to hermetically seal this country,” he told Fox News Sunday.

The U.S. Food and Drug Administration has said the agency stands ready to cooperate with companies and investigators working with patients in dire need of treatment.