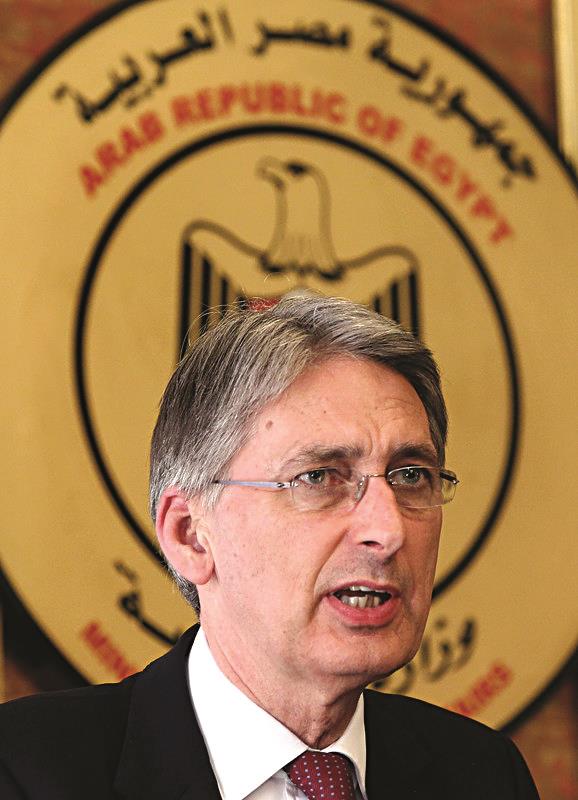 Britain believes the situation in the Gaza Strip has become intolerable and could lead to an increase in anti-Semitic attacks on British Jews, Foreign Secretary Philip Hammond said on Sunday.

Hammond told the Daily Telegraph he was receiving thousands of emails from Britons “deeply disturbed” at events in Gaza.

“The British public has a strong sense that the situation of the civilian population in Gaza is intolerable and must be addressed — and we agree with them,” Hammond said.

He called for an immediate ceasefire without conditions.

On Thursday, the Community Security Trust, a group that advises Britain’s 260,000 Jews on security matters, said anti-Semitic incidents in Britain had risen to a near-record level since the start of the Israeli offensive in Gaza.

Hammond’s remarks came as word of a governmental review of arms sales to Israel was under way, prompted by the current fighting.

“All applications for export licenses are assessed on a case-by-case basis against strict criteria,” a spokesman for the British government’s Business Innovation and Skills Department (BIS).

That statement came in response to the Independent newspaper’s front-page story on “Britain’s ‘role’ in arming Israel,” with a subhead saying there was evidence that weapons with components made in Britain were being “used against Gaza.”

The paper said it had seen documents disclosing that arms export licenses totaling £42 million had been granted to 130 UK defense manufacturers since 2010 and that the items ranged from weapon control and targeting systems to ammunition, drones and armored vehicles.

The paper acknowledged that there was no illegality in the arms sales.