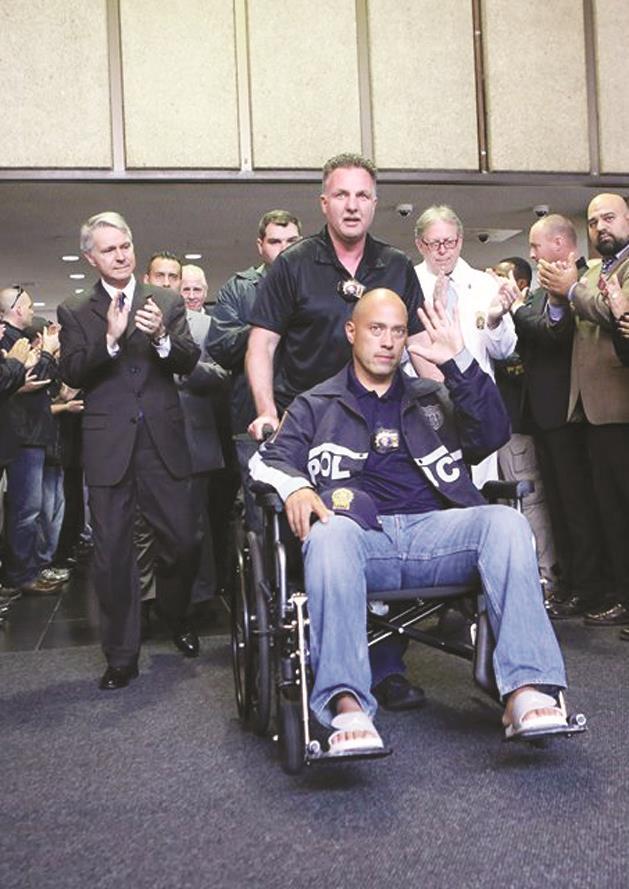 Hundreds of police officers cheered Wednesday as a detective wounded in a wild shootout with a wanted suspect was released from a Manhattan hospital.

Muniz and two U.S. marshals were wounded Monday when they tried to arrest the suspect, Charles Richard Mozdir, in a smoke shop in Greenwich Village. Mozdir was killed in the arrest. Both marshals were released from the hospital Tuesday.

Muniz was shot at least twice, in the stomach below his protective vest and in the chest. Police Commissioner William Bratton has said the detective’s protective vest may have saved his life.

Michael Palladino, president of the Detectives Endowment Association, said that once Muniz goes home to recuperate, “the reality of what could have happened will set in.”

Palladino added, “I’m going to renew my message to all the criminals in this city: It’s not open season on these detectives … because our mission is to get the job done.”

A $1 million bench warrant was issued for Mozdir’s arrest in 2012 after he skipped an arraignment in San Diego and jumped a $250,000 bail. His case was recently featured on CNN.