National House to Vote on Slimmed-Down Bill for Border
National 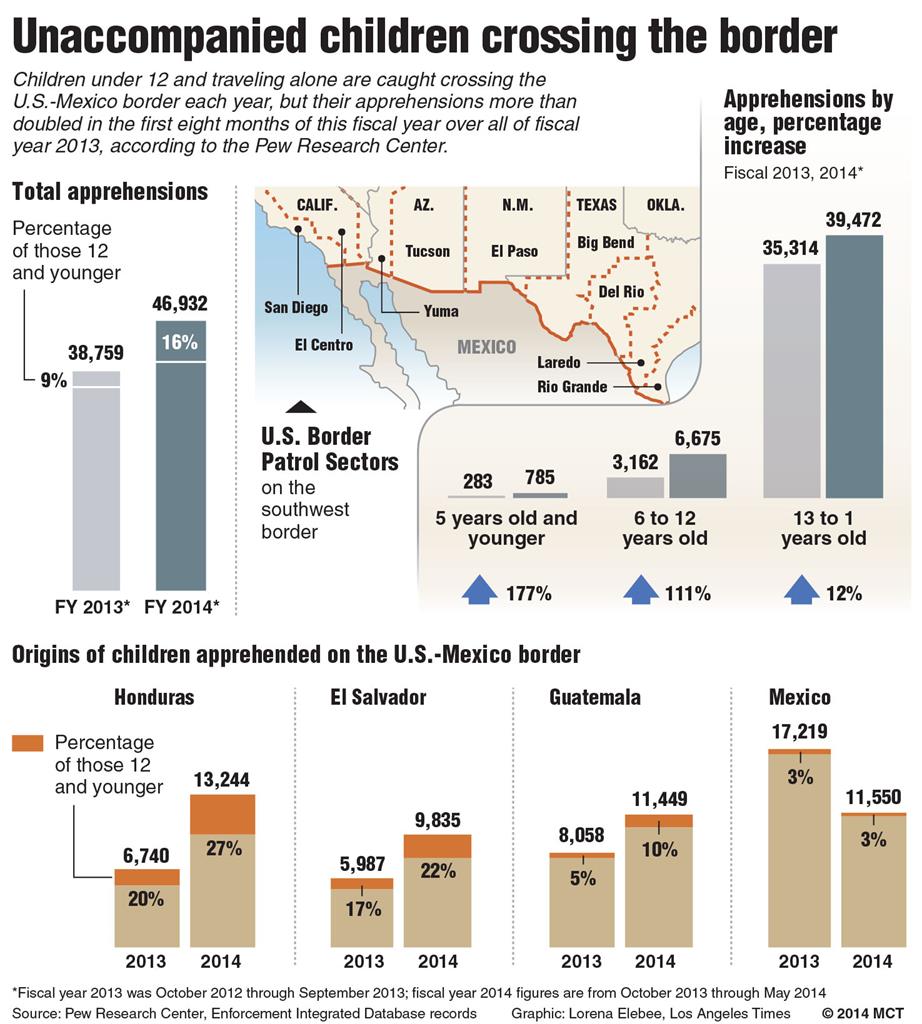 House Republicans unveiled a slimmed-down bill Tuesday to address the immigration crisis on the U.S.-Mexico border by sending in National Guard troops and speeding migrant youths back home. The election-year measure would allow Republicans to say they tried to solve the humanitarian problem in South Texas, even though it stands no chance of becoming law.

The bill would cost $659 million through the final two months of this fiscal year, far less than the $3.7 billion requested by President Barack Obama for this year and next, and a sharp reduction from the $1.5 billion initially proposed by the House spending committee. The cuts were designed to win over skeptical conservatives and give lawmakers something they could pass before leaving Washington at week’s end for their annual August recess.

The measure also includes policy changes rejected by most Democrats that would allow unaccompanied youths who’ve been arriving by the tens of thousands from Central America to be turned around quickly at the border and sent back home.

“I think there’s sufficient support in the House to move this bill,” House Speaker John Boehner told reporters after meeting with rank-and-file lawmakers on the issue, though he said there was more work to do.

A vote was set for Thursday.

Even if it does pass the House, the bill is certain to be rejected by the Democratic-run Senate, which was set to take a procedural vote on its own $2.7 billion border package Wednesday.

The Senate bill, which does not include the policy changes embraced by the House, lacks GOP support and seemed unlikely to move forward. The Senate bill also includes money for Western wildfires and Israeli defense that was left out of the House version. So there appeared to be no path to a compromise that could send a bill to Obama’s desk ahead of the five-week congressional recess.

Complicating matters further, Senate Majority Leader Harry Reid floated the idea of using the House measure as a vehicle for advancing a comprehensive immigration reform bill including a path to citizenship for millions now here illegally. That legislation passed the Senate a year ago but stalled in the House. “Maybe it’s an opening for us to have a conference on our comprehensive immigration reform,” Reid told reporters.

House conservatives have warned repeatedly that anything they pass could become a vehicle for the Senate’s immigration bill, and Reid’s comments seemed to confirm their worst fears. Perhaps that was intentional, since the result could be to limit conservative support for the border spending bill in the House.

“So let me be as clear as I can be with Senator Reid: the House of Representatives will not take up the Senate immigration reform bill or accept it back from the Senate in any fashion,” Boehner said in a statement.