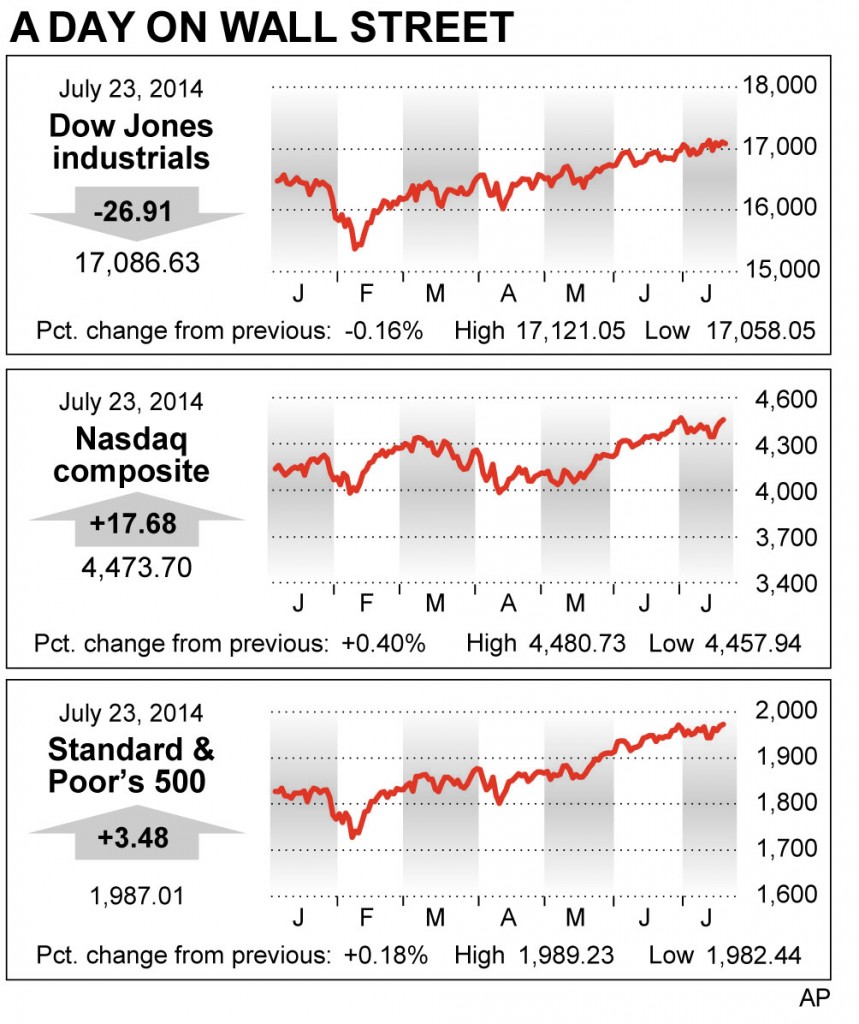 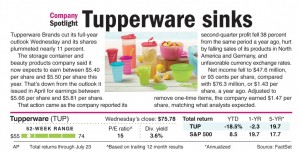 So far, with less than a fourth of U.S.-listed companies reporting their quarterly financial performance, results have been coming in better than expected.

About 72 percent of Standard & Poor’s 500 companies that have reported earnings have beaten expectations, and 73 percent have beaten sales forecasts.

“It’s a little early, but things seem to be coming in OK,” said Sahak Manuelian, managing director of equity trading at Wedbush Securities.

Investors have become increasingly optimistic about the latest quarter. On June 30, they expected earnings to rise 4.9 percent from a year earlier. They now expect earnings to increase 5.5 percent.

The aircraft maker slipped $3.03, or 2 percent, to $126.71, the biggest fall in the Dow, after reporting revenue Wednesday that missed analysts’ expectations.

The Dow is a price-weighted index that has 30 stocks, so the movement of just one company can carry extra weight. Because Boeing is one of the Dow’s most expensive stocks, it has an outsized impact.

Puma Biotechnology, a drug development company, soared after the company disclosed positive trial results for an experimental cancer drug. Puma rose $174.40, or 295 percent, to $233.43. Biogen Idec rose $33.93, or 11 percent, to $337.60 after its quarterly results came in above investors’ expectations.

Unlike last week, investors were less focused on turmoil in Israel and Ukraine. However, market strategists say that with markets trading at all-time highs, any bad news could weigh on U.S. stocks.

In other markets, the yield on the 10-year Treasury note was unchanged at 2.47 percent from Tuesday. Benchmark U.S. crude oil fell 17 cents to $104.42 a barrel.

— Microsoft also reported its results late Tuesday. The software company reported an adjusted profit of 66 cents a share, better than then 60 cents analysts were looking for. Its stock edged up 0.1 percent.

— Facebook rose 4 percent in aftermarket trading to 74.05 after the company reported a profit that more than doubled in the second quarter and topped expectations.