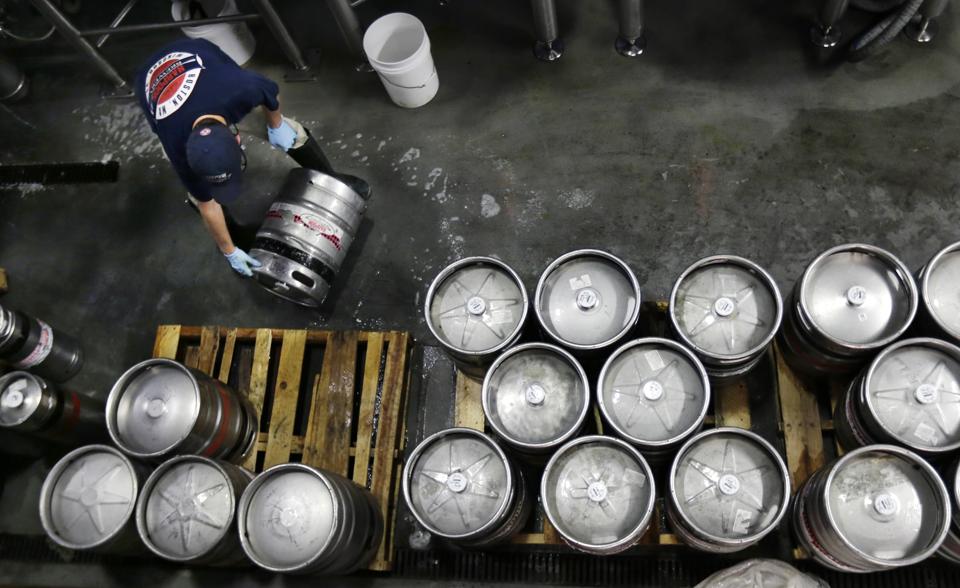 U.S. companies restocked their store shelves and warehouses at a steady pace in May, a sign they expect sales will remain solid in the months ahead.

Business stockpiles rose 0.5 percent in May, the Commerce Department said Tuesday. That was down slightly from a 0.6 percent gain in the previous month. April’s increase was the highest in six months. Total business sales rose 0.4 percent, much lower than April’s 0.8 percent gain.

Economists generally were encouraged by the report.

“With two months of accumulating stockpiles, we are on track for inventories to boost growth in the second quarter,” said Tim Quinlan, an economist at Wells Fargo Securities.

For May, inventories at the wholesale level climbed 0.5 percent, while inventories held by retailers ticked up just 0.2 percent. Stockpiles held by manufacturers rose 0.8 percent.

Businesses sharply cut back on restocking in the first three months of the year, a big reason the economy shrank at a 2.9 percent annual rate. That was the largest contraction since the first quarter of 2009, in the depths of the recession.

But since then, companies have stepped up their inventory rebuilding. Greater restocking suggests that companies are confident consumer and business spending will grow, and they want to ensure that they have enough goods to meet the demand.

A report earlier Tuesday showed that retail sales increased at a tepid pace of just 0.2 percent in June. But there were also encouraging signs in the report: Sales in a category that excludes volatile goods such as autos, gas and building materials increased at a healthy 0.6 percent pace.

More restocking should help the economy resume growing in the April-June quarter. Analysts forecast the economy will expand at a 3 percent annual rate.

Businesses have stepped up hiring this year, which means more Americans will have paychecks to spend, likely boosting growth. Employers have added an average of 230,000 jobs a month in 2014, up from 194,000 last year.