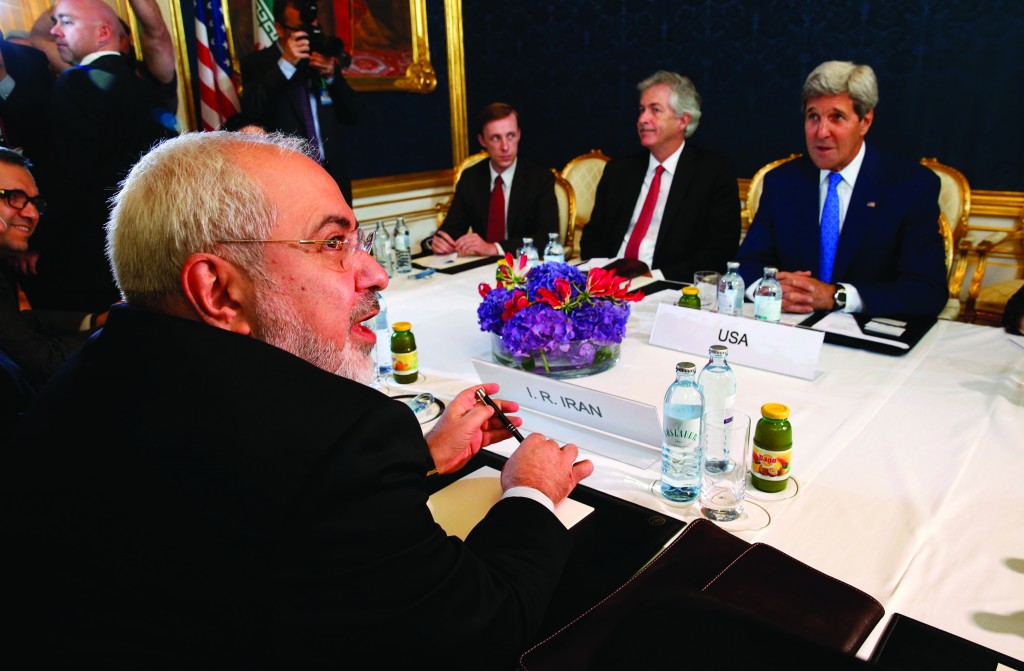 The fate of a possible landmark nuclear deal with Iran sank further into limbo Tuesday, with Secretary of State John Kerry noting “very real gaps” ahead of a July 20 target date for a deal meant to put firm curbs on Tehran’s atomic program.

Kerry, who joined the foreign ministers of Britain, France and Germany on the weekend to add diplomatic muscle to the talks, said the negotiations would continue until at least Sunday. In the meantime, he said, he would consult with President Barack Obama and the U.S. Congress on where the talks are if no pact is agreed on by July 20.

“There has been tangible progress on key issues,” Kerry told reporters. “However there are very real gaps on other key issues.”

He spoke after multiple conversations with Iranian Foreign Minister Mohammed Javad Zarif and separate meetings with the foreign ministers of Britain, France and Germany, who also converged on the Vienna talks in an attempt to move them forward.

An extension of up to six months is possible for the negotiations by mutual agreement, and Zarif suggested that is likely. He said there was enough progress “to be able to tell our political bosses back home … that this is a process which is worth continuing.”

“This is my recommendation,” he told reporters. “And I’m sure Secretary Kerry will make the same decision.”

But that may be a hard sell. Many Congress members are already skeptical about the sense of trying to get a negotiated reduction in Iran’s nuclear program and oppose going on with them. Any decision to go past July 20 would also likely be criticized by hard-liners in Iran, who fear the talks will result in a scaling-back of their country’s nuclear program.

Kerry and Zarif spoke separately after multiple conversations with each other.

David Albright, whose Institute for Science and International Security is often consulted by the U.S. government on Iran’s nuclear program, said that a full six-month extension of the talks makes sense only “if Iran accepts that the number of its centrifuges must be reduced and the Arak reactor converted permanently.”

“If the six cannot get at least two major concessions now, they are unlikely to get them and the others needed six months from now,” he said in an email.