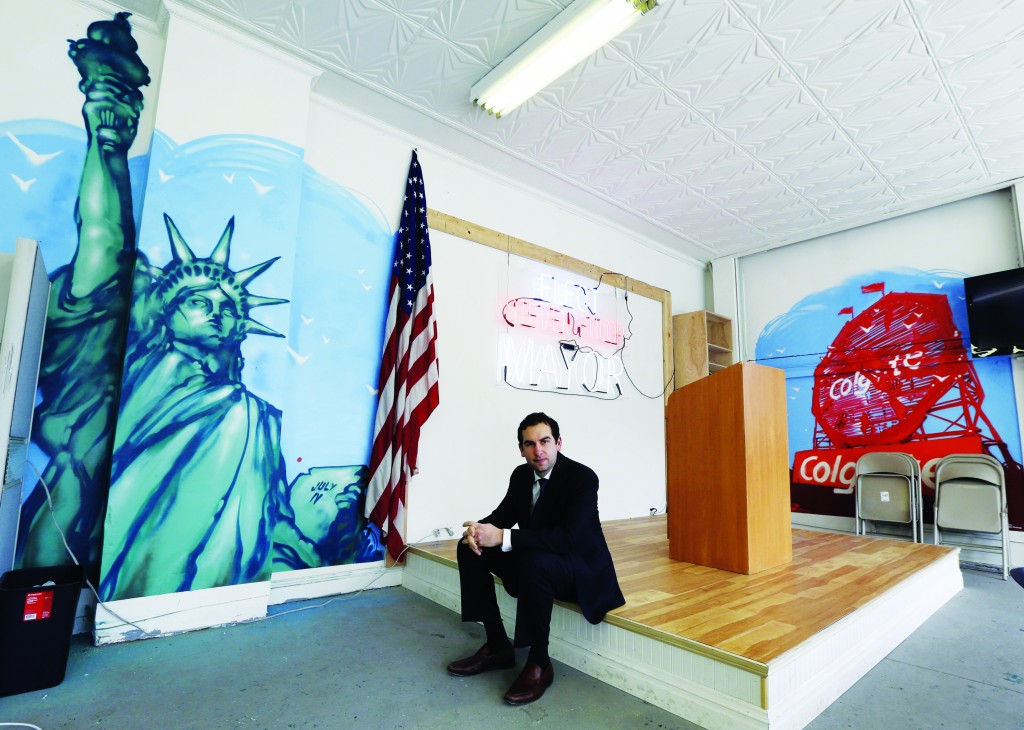 A young, energetic urban mayor reshapes the political landscape and spurs talk of higher office. Six or seven years ago in New Jersey, that description would have applied to Newark Mayor Cory Booker. Now it describes Steven Fulop, the ex-Marine and ex-Wall Streeter who has shaken up the status quo in Jersey City and fueled speculation about larger ambitions.

“They’re both young, kind of hip but also kind of dorky,” said political scientist Brigid Harrison. “Stylistically they are a bit different; I think of Steve being very comfortable in one-on-one situations, almost like a Bill Clinton-esque policy wonk, in tune with what’s going on on the ground. I haven’t seen him engage in the lofty rhetoric we’ve heard from Booker.”

Fulop last year soundly defeated Mayor Jerramiah Healy, an old-school machine politician, to take over a city of 250,000 that has been called “New York’s sixth borough” for its proximity to lower Manhattan and concentration of young urban professionals.

Like Booker, Fulop has drawn criticism from people who feel he has one eye on governing and one eye on his next job. He is frequently mentioned as a gubernatorial candidate, which he parries with a practiced ease.

“If I told you that I don’t think about anything other than this job, you won’t believe me,” he said. “If I told you I think about it sometimes, all the time, some derivative of that, I’m doing a disservice to my job. That’s a no-win answer for me and I think people can appreciate that. That said, a lot of this stuff is based on timing and circumstances, so it’s really hard to predict.”

Fulop’s first year as mayor has been anything but uneventful. He has demoted the city’s police chief, sued the powerful Port Authority for unpaid property taxes, and changed tax rules.

Fulop seems unconcerned at the possibility that his reach may occasionally exceed his grasp.

“The nature of public office today is that mayors have an opportunity to shape the dialogue more than they have in the last 20 years,” he said. “Jersey City being part of that conversation, which I think we have been, we’re punching above our weight, which I think is a good thing for the city.”