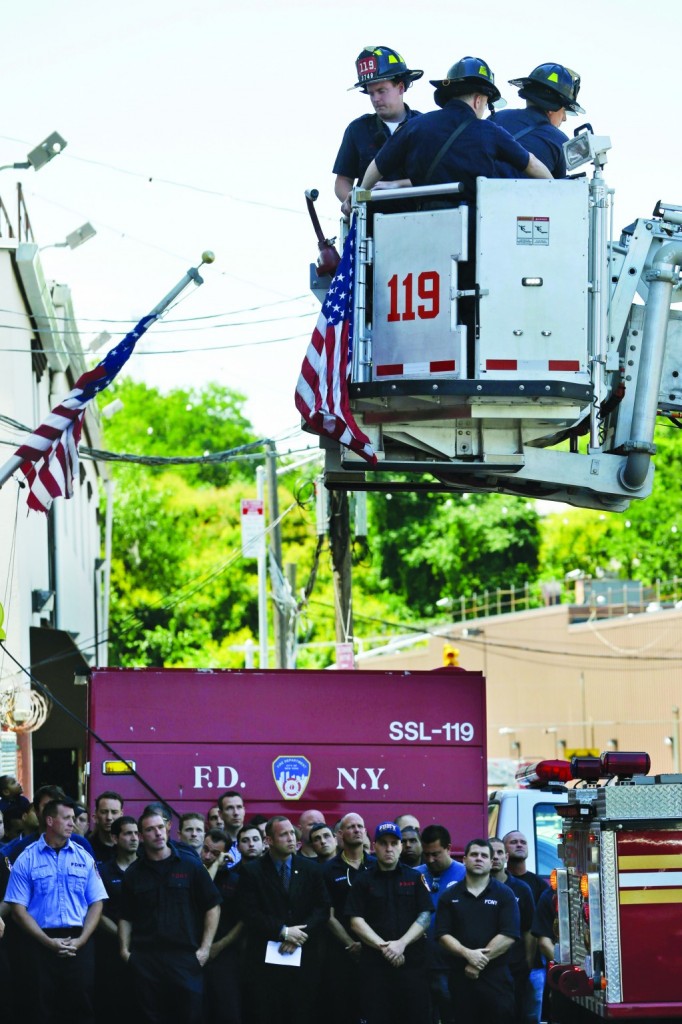 A 14-year veteran of the Fire Department of New York who was searching for victims in a burning, cluttered high-rise apartment in Williamsburg was killed by smoke inhalation and thermal burns, a spokeswoman for the medical examiner’s office said Monday.

The exact manner of Lt. Gordon Ambelas’ death has yet to be determined, spokeswoman Julie Bolcer said, and fire officials declined to detail what happened in the 19th floor apartment of a 21-story public housing building Saturday night, citing the ongoing investigation by fire marshals.

A funeral for Ambelas, 40, was planned for Thursday morning at a Staten Island church. His death was the department’s first in the line of duty in more than two years.

On Sunday, firefighters gathered to remember Ambelas, a husband and father of two, as they hung purple and black bunting from the Williamsburg, Brooklyn, firehouse where he was stationed.

“He died a hero — that’s how he lived,” firefighter, friend and former roommate Eric Bischoff said. Ambelas, he said, was “truly one of the best human beings that anyone would ever want to meet.”

Fellow firefighters found Ambelas unconscious and carried him out of the building. They worked with emergency rescuers to try to revive him, but he died at a hospital, Mayor Bill de Blasio said.

Fire officials say heavy debris, clutter and belongings in an apartment — referred to by firefighters as Collyers’ Mansion conditions — can make searches difficult and dangerous.

Ambelas had been promoted to lieutenant 10 months ago. Throughout his career he helped the city through its darkest hours, including the recovery from the Sept. 11, 2001, terrorist attacks and Superstorm Sandy.

Just two weeks ago he was honored by the Williamsburg Jewish community for saving a boy who got stuck in a roll-up gate.