Regional No One Hurt In Large Fire At Camp
Regional 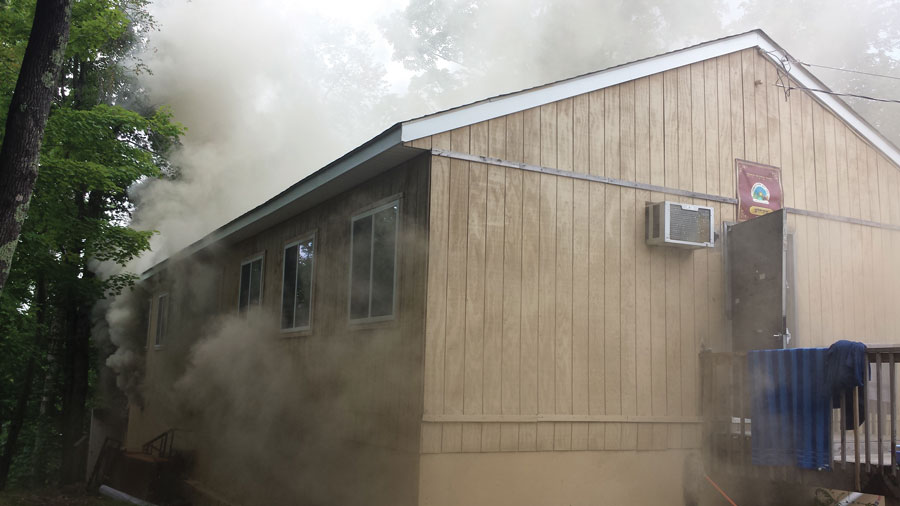 A fire in a bunkhouse dangerously disrupted the learning and recreation at the Munkatcher camp near Kaimisha Lake on Monday afternoon. No one was hurt, b’chasdei Hashem.

The Monticello and the Rock Hill fire departments responded with seven trucks at about 2 p.m., bringing the fire under control at about 4 p.m.

The 50 eighth-grade boys of the bunk were preparing to daven Minchah at the time, and no one was in the bunk.

The cause of the fire, which had started underneath the bunkhouse in a storage area, was under investigation. Only the storage area was actually burned; the bunkhouse and the mattresses and the boys’ clothes were damaged by heavy smoke.

Camp manager  Effy Cohen rushed  into the smoke-filled rooms to make sure no one was inside. He suffered some smoke inhalation, was taken to a hospital and released two hours later.

The experience of the fire “made everybody in the camp stronger,” Mr. Kohen told Hamodia. “We were all helping each other.”

While the bunkhouse is inspected and repaired, some of the boys will stay with families in nearby bungalow colonies or at the two other bunkhouses of the camp, said head counselor Rabbi  Nosson Biller.

The camp has about 400 boys in younger and older divisions.