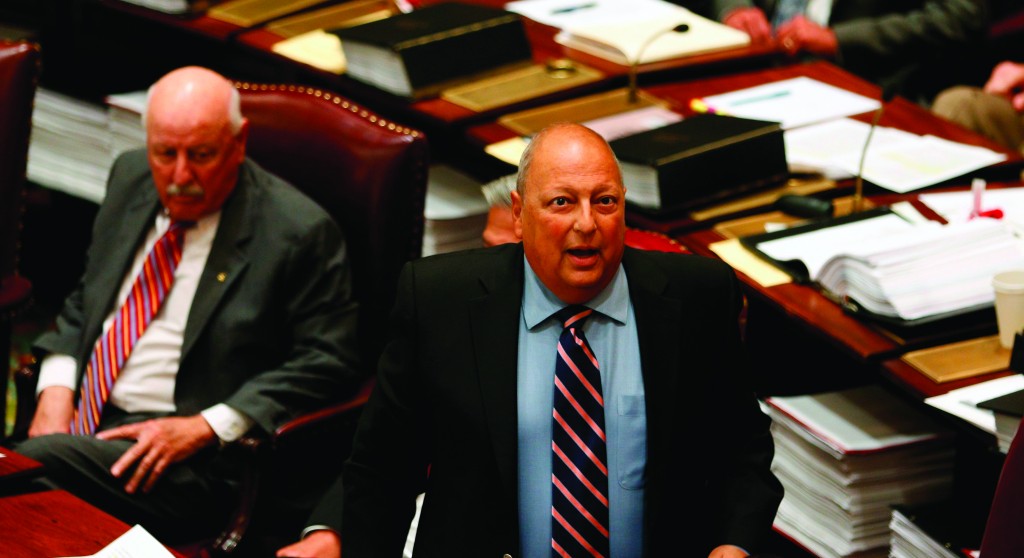 Top ranking New York state Sen. Thomas Libous said Tuesday he is innocent of charges that he lied to the FBI and will seek reelection in the fall.

An indictment alleges that the Binghamton Republican claimed he didn’t know how his son, Matthew, got a job with a law firm. It also says he told the FBI he was unaware that a lobbying firm was paying part of his son’s inflated salary.

“Sen. Libous has served the residents of the Southern Tier with honesty and integrity for the past 26 years,” said his spokesman, Emmanuel Priest. “He’s innocent and he’ll run for re-election.”

Democrats have not succeeded in getting a candidate to challenge Libous, the majority of whose district is Republican. But that may change after Tuesday’s indictment. The deadline to submit petitions to become a candidate is July 10, a week from Thursday.

Libous faces up to five years in prison if convicted. He is due back in court on Sept. 3. Following their court appearances, father and son were released on $50,000 bonds.

Thomas Libous’ attorney said the case amounts to a “difference of opinion.”

“There’s a lot of ambiguity,” attorney Paul DerOhannesian said. “It (the case) seems to be focused on making a crime out of helping your child get a job.”

First elected in 1988, Libous is a key figure in the Senate’s Republican leadership, currently serving as deputy majority leader. Libous has helped orchestrate his party’s return to power in that body in 2010. He is well liked by many in both parties, and has won praise as recently as last week from Gov. Andrew Cuomo, who attended Matthew Libous’s wedding last year.