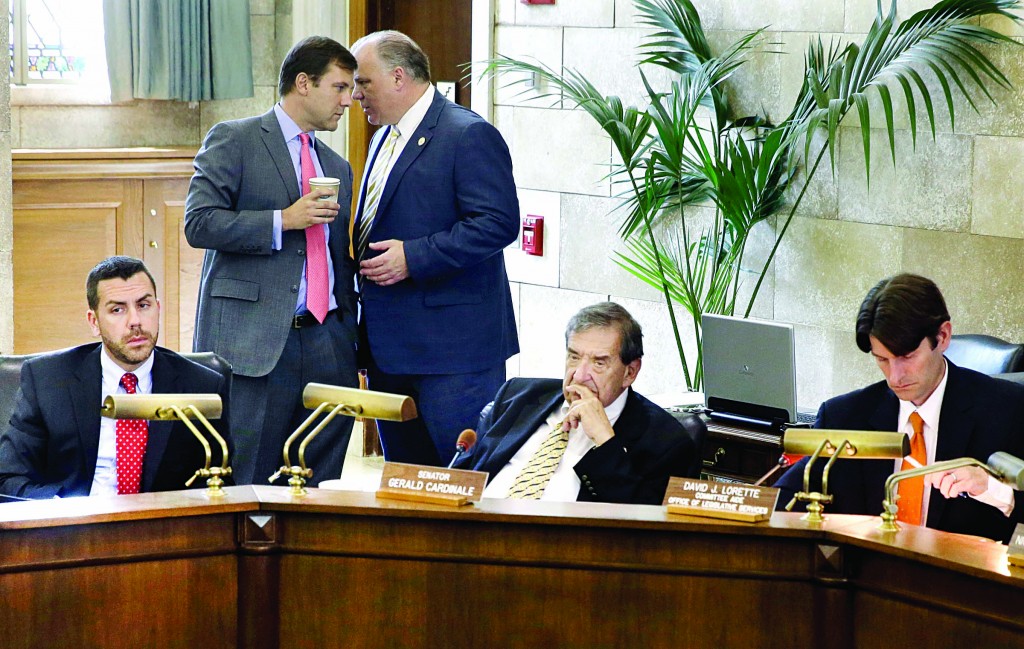 New Jersey Gov. Chris Christie signed a $32.5 billion state budget on Monday, but not before using his executive powers to veto two tax hikes passed by lawmakers and cut back the state’s contribution to pension funds for public workers.

The signing put a budget in place for Tuesday’s start of the fiscal year and averted any chance of a government shutdown, something that never seemed to be a serious threat this year.

“Rather than enacting responsible policies that will encourage and allow New Jersey’s economy and revenues to grow, the Legislature appears to be intent on inhibiting economic growth with crushing taxes,” Christie said in his signing statement.

Not surprisingly, the budget fallout fell along party lines, with Christie saying more taxes would be irresponsible and Democrats, who wanted to hike taxes on those earning more than $1 million, accusing him of favoring the rich.

Of significance to the state’s Orthodox Jews is the close to $5 million more for nonpublic schools, with $2.4 million allocated for technology initiatives and $2.5 million for school nurses.

The added $17 per student, which was pushed by groups such as the Orthodox Union and Agudath Israel, would allow many religious and private schools to hire a nurse for the first time.

The budget also gives an additional $12 per student for technology — an increase of 60 percent — to provide non-public schools with access to software.

“This is a step in the right direction which will greatly benefit our children both educationally and in their overall well-being,” said Rabbi Avi Schnall, New Jersey director for Agudath Israel.

“These funding increases will bring technology aid for New Jersey Jewish day schools to within 80 percent of where it was in 2009 and will — for the first time — more adequately fund nursing services for non-public school students,” said Josh Pruzansky, regional director of OU Advocacy.

Rena Klein, who joined an OU mission to Trenton to lobby for the inclusion of non-public schools in nursing services, noted that her daughter, who was diagnosed with Type 1 diabetes at age 7, attends a school without a full-time nurse.

“It was so important to me to be able to express to my legislators that having full-time nursing in every school — public or private — is really an issue of fairness,” Klein said. “Why should any child have limited access to healthcare because of the school they attend?”

Another big win in the budget was an additional $400,000 in support for Holocaust survivors.

In the overall budget, Christie took his veto pen to several other measures.

In what’s become an annual action, he crossed out $7.5 million in funding for Roe v. Wade related services, trimmed $3 million in library aid, $3 million for charter schools, cut $3.5 million that lawmakers wanted to promote Medicaid and took out a pledge to add 17 new state-funded jobs at Rowan University’s School of Osteopathic Medicine.

Democrats do not have enough lawmakers to override a veto without Republicans’ help.