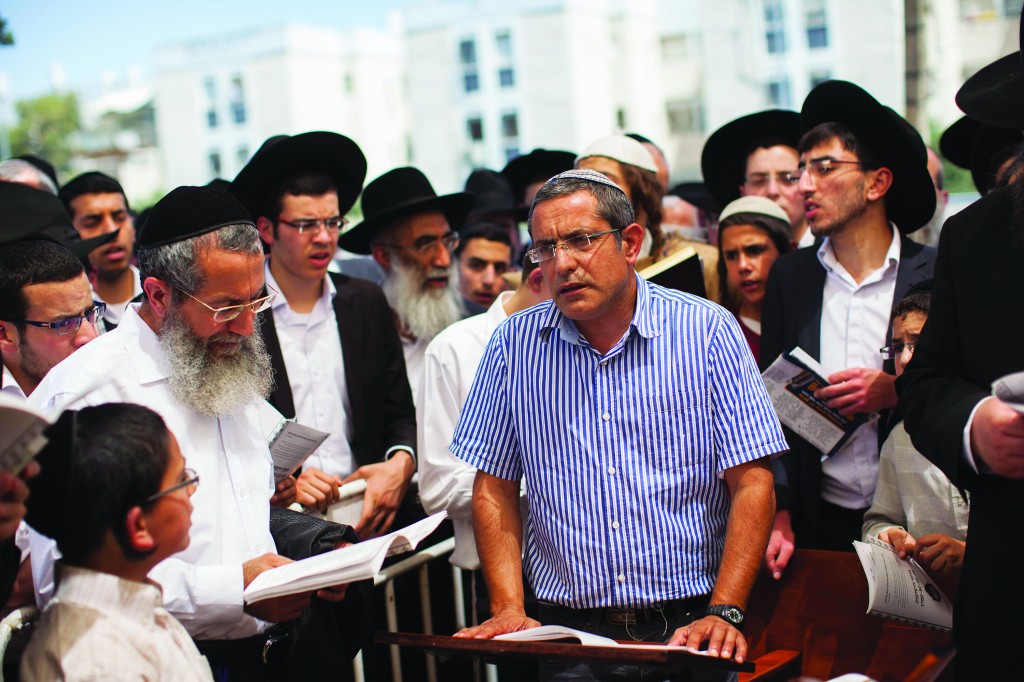 Anxiety over the wellbeing of the three is increasing as the saga entered its third week. A large-scale army operation hasn’t revealed the location where the three are being held. Sefarim say that Erev Rosh Chodesh is an auspicious time, and the moving tefillos of Yom Kippur Kattan — “small Yom Kippur” — are accompanied by fasting for many. In a month when Rosh Chodesh is Shabbos or Sunday, when we don’t fast on Friday, the tefillos are moved up to Thursday.

Earlier this week Hagaon Harav Ahron Leib Steinman, shlita, and Hagaon Harav Chaim Kanievsky, shlita, called on people to be mispallel in particular for the three bachurim, and for the Torah community in Eretz Yisrael being persecuted by the government. The tefillos were held in shuls across the country by Yidden of all backgrounds. A crowd also gathered at the kever of Harav Ovadia Yosef, where the tefillos were led by Harav Reuven Elbaz, Rosh Yeshivat Ohr Hachaim.