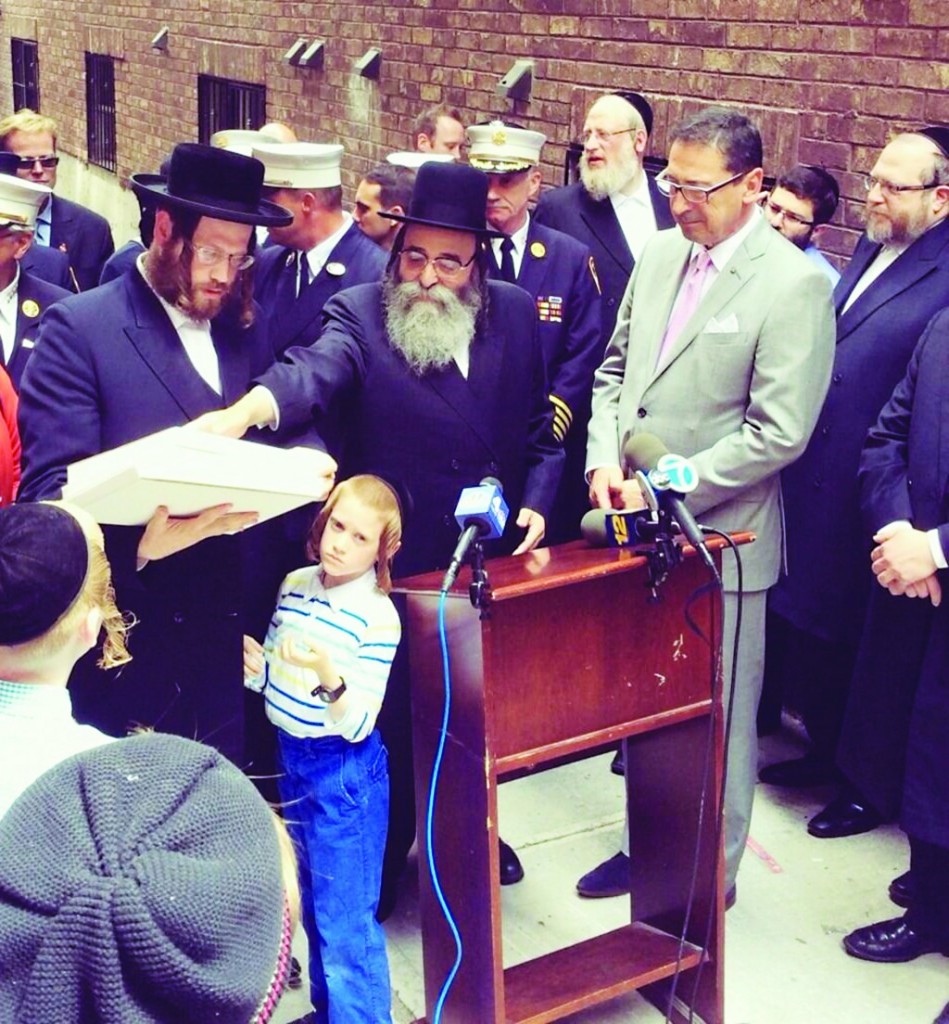 A young Williamsburg boy who was rescued by firefighters last month when he was caught in a roll-up gate of a storefront thanked his rescuers on Thursday at an emotional news conference.

Mendy Gotlieb, 7, along with his parents and FDNY Chief Daniel Nigro, presented a plaque to 16 firefighters. He had been released from the hospital hours after the 15-horrifying-minute ordeal on May 8.

“I don’t want to think what it would be like if not for you,” said the father, Avraham Gotlieb. “Thanks to you, Mendy thrives and gives us joy, and we will always remember this.”

Gotlieb had been playing with the gate on Skillman Street together with several friends, when one of them accidentally pushed a button, causing the gate to begin rolling up. Traumatized, he was too frightened to let go as the gate began its steady ascent. His head and one arm got stuck in the metal, which stopped just in time.