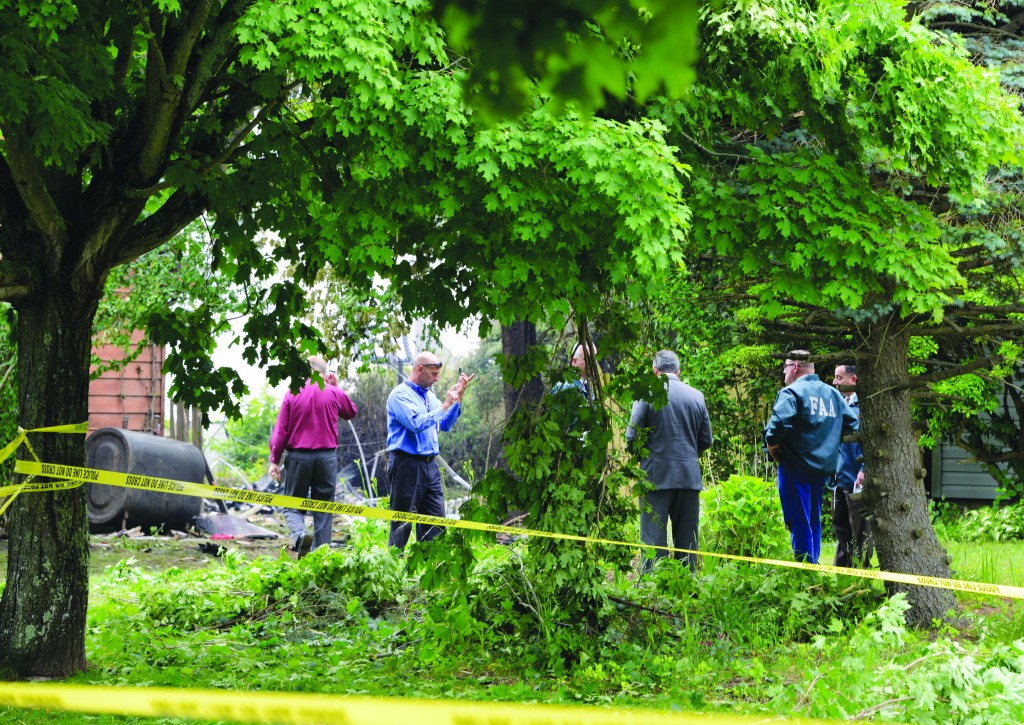 A small plane crashed into the yard of a Long Island home on Tuesday, bursting into flames and killing the only person aboard.

A levayah for Chanan Shoshany, z”l, a member of Queens’ Sephardic community, is planned for Wednesday. He was 53.

Yanky Meyer, founder of Misaskim, told Hamodia that they were working with the Medical Examiner’s Office and the National Transportation Safety Board to release the body. They family wants to take Mr. Shoshany to Eretz Yisrael for kevurah.

A mother and infant inside the house in the community of East Patchogue were not injured, Brookhaven Town spokesman Kevin Molloy said. The house had exterior damage from a fire caused by the crash, which occurred shortly after 9 a.m.

“The mother heard the explosion. There was shattered glass in the baby’s room. Neither was injured. She removed the baby and left the house,” Molloy said.

The plane’s pulverized wreckage lay scattered next to a backyard play set.

The plane landed between two houses on the tree-lined street. Neighbors said they believe Shoshany was aiming for the space to avoid hitting them.

“Luckily it went between both houses. The plane actually came through. You can see where it sheared the trees,” said neighbor Bill Hughes.

“It’s very, very fortunate that he traveled in the path that he did,” said Detective Lt. Kevin Beyrer of the Suffolk County police. “Because of that no one was hurt in any of the houses.”