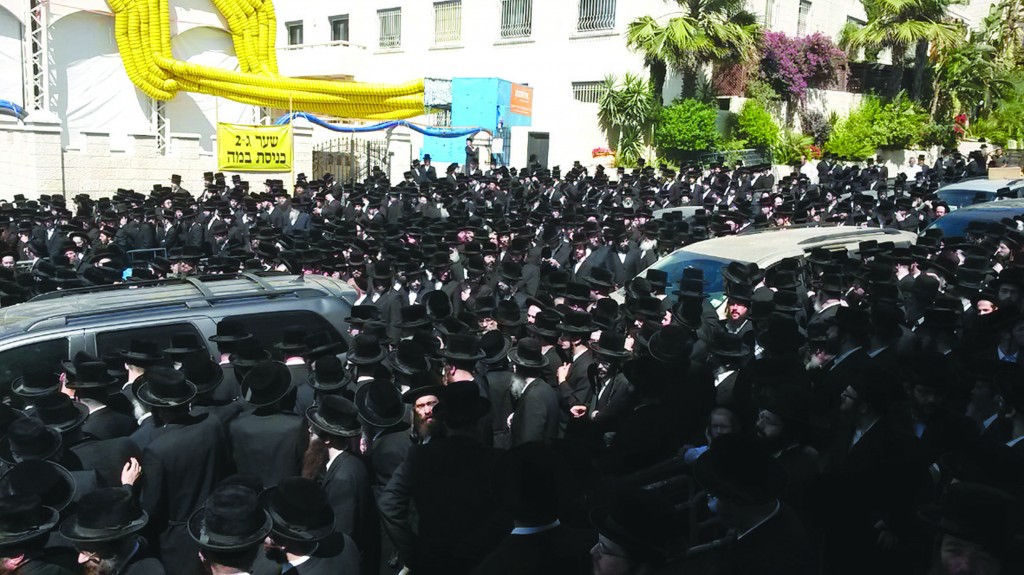 Just a day earlier, the kehillah rejoiced at chasunah of the granddaughter of the Belzer Rebbe, shlita. The next day, Belzer Chassidim were plunged into mourning by the news of the petirah of Rabbi Yosef Yehudah Vind, z”l, 31, in a car accident on Highway No. 1, near Telshe Stone.

Rabbi Vind, the father of seven and a prominent member of the Belz kehillah in Beit Shemesh, was killed when his car  collided with a truck at the Chemed interchange early yesterday morning on its way back from the Belzer chasunah in Yerushalayim.

The avreich, highly regarded as an ish chessed, was born on 14 Tammuz 5743. His distinguished father, Rav Aharon Vind, son of Rav Baruch, is one of the leading askanim in the Belzer court and a frequent visitor in the home of the Belzer Rebbe.

Reb Yosef Yehudah grew up in a home that was saturated in Torah, Chassidus and chessed. As a young boy, he learned in the Belz Talmud Torah in Yerushalayim and in the Belz Yeshivah leTze’irim in Telshe Stone. He went on to learn in the Belz Dover Shalom yeshivah gedolah in Rishon LeTzion (which has since moved to Ashdod).

A loyal Chassid, he was fluent in sifrei yirah and Chassidus and quoted from them easily.

Reb Yosef Yehudah was beloved by his rebbeim and friends. With his shining countenance and optimism, he brought joy to others and was constantly engaged in acts of chessed.

He maintained the traditions passed on by his great-grandfather, Harav Hillel Vind, z”l, a gabbai of Rav Aharon of Belz, who dedicated himself to Torah, especially after the Holocaust.

When he came of age, Reb Yosef Yehudah married the daughter of Rav Chaim Tzvi Glendauer, a member of the Belz Kollel in Jerusalem. After many years, Rav Glendauer and his family moved to Beit Shemesh, where he became a leading askan in the Sos Tassis and Avos Ubanim programs in the central Belz beis medrash.

Word of the tragedy spread quickly, with Rabbanim calling for hisorerus and teshuvah. They called on people to undertake kabbalos in the face of this young life being nipped in the bud. People are being asked to increase tefillos and plead with the Creator to bring an end to such tzaros.

In the huge, emotional levayah, led by the Belzer Rebbe, shlita, Reb Yosef Yehudah was brought to his final resting place on Har Hamenuchos.

The funeral started out at the Sanhedria funeral home, where his grandfather, Reb Baruch, his father Reb Aharon, and his brother Reb Yaakov Yochann Vind of Antwerp eulogized him, as did Harav Hagaon Aryeh Fink, a Dayan of the Belz community in Beit Shemesh.

Following the eulogies, the niftar’s nine-year-old son recited Kaddish, bringing tears to the eyes of the masses of mourners.