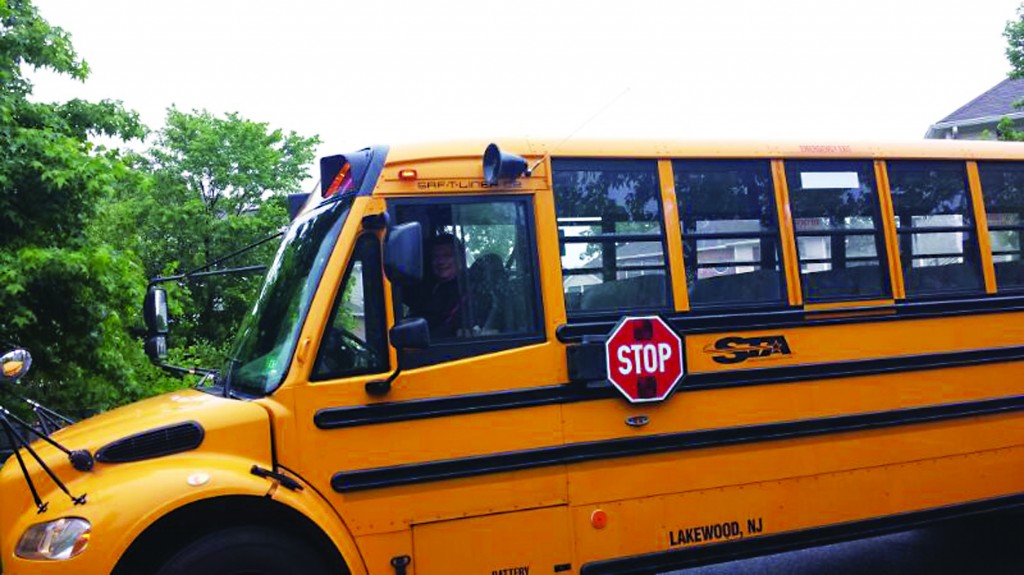 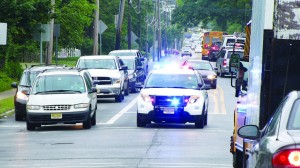 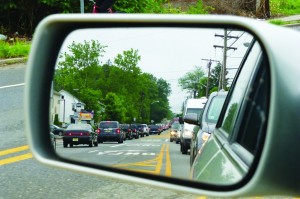 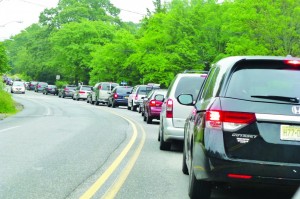 of student transportation, Lakewood’s yeshivah parents on Wednesday staged the first of two days of a drill to show what the state’s seventh largest township would look like without public busing.

But the head of the group representing the town’s yeshivos said that hundreds of parents tried to get around the gridlock by taking their child to yeshivah late. That, Rabbi Yisroel Schenkolewski told Hamodia on Wednesday, dilutes the impact of what will actually happen on a daily basis come September.

“A lot of the kids, 50 percent of the kids, came late to school,” said Rabbi Schenkolewski of the Iggud Hayeshivos, which took the unprecedented step of boycotting the courtesy buses after consultations with the Roshei Yeshivah in Lakewood.

“What we are going to try tomorrow is, everyone should
come on time to school,” he added. “They can’t do that (come late) when we are going to [not have busing] every day.”

Developments began about a month ago, when the Board of Education approved the township’s budget. They agreed to keep the busing in, but a monitor appointed by the state over Lakewood nixed the $4 million allocation for courtesy busing that has long ferried private school students to yeshivah — the first time this happened since the program began, according to Rabbi Schenkolewski.

The cuts affect only students from grades four to 12 who live less than 2 1/2 miles from school.

On Wednesday morning, yellow buses traversed the streets of Lakewood, returning to their depots empty. Their charges were instead driven by their parents, in a dry run of what will happen in the fall if the cut is to take effect.

Organizers are calling it a drill, to emphasize that this gridlock will take place on a daily basis if the cut goes through and to give police a chance to prepare for it. It was only called for the two mornings, not for dismissal times.

Traffic on the main roads was backed up for miles, with many people saying it took them about triple the time to get to yeshivah or work. It started off at about 8:30 a.m., with heavier than usual traffic around yeshivos. The heavy congestion began at 9:00, as it became clear that many parents were trying to avoid the jams by taking their children to yeshivah later.

One parent said that traffic resembled a Boro Park avenue, “only it’s usually not like that.”

Traffic began easing at about 9:45, and yeshivos then met to discuss how it went.

“I met someone who said that it normally takes her 10 minutes to get to work, it took her an hour to get to work,” Rabbi Schenkolewski said. “It depends on what streets you are — plus on the major thoroughfares, the township and the county sheriff’s department had an immense amount of people out there to keep the roads open.”

Yisroel Harnick, an electrician with Wire Nuts, said that he lives in the Ridge area so his wife did not encounter any traffic.

“The bad area was Rt. 9 toward the south side of town and the area south of the lake,” Harnick said.

Another parent, who asked not to be named, agreed.

“Some of the main intersections where very bad, and the streets that have a few schools were very, very bad — like Cross Street, Pine Street,” he said. “It took twice as long time to take my kids.”

Elisha Gottdiener, an insurance salesman, said that his children learn in a yeshivah that is more than 2 1/2 miles from his house so the cut wouldn’t affect him. But he drove them to yeshivah, which took him nearly three times the regular commute.

“It was really bad approaching some intersections,” Gottdiener said. “At one of them it took me 15 minutes to pass. It usually takes me 12 minutes [to drive], this morning it took me 35 to 40 minutes. All the buses we passed were empty.”

Rabbi Schenkolewski said that as of late afternoon, he did not receive feedback from the state about the jam.