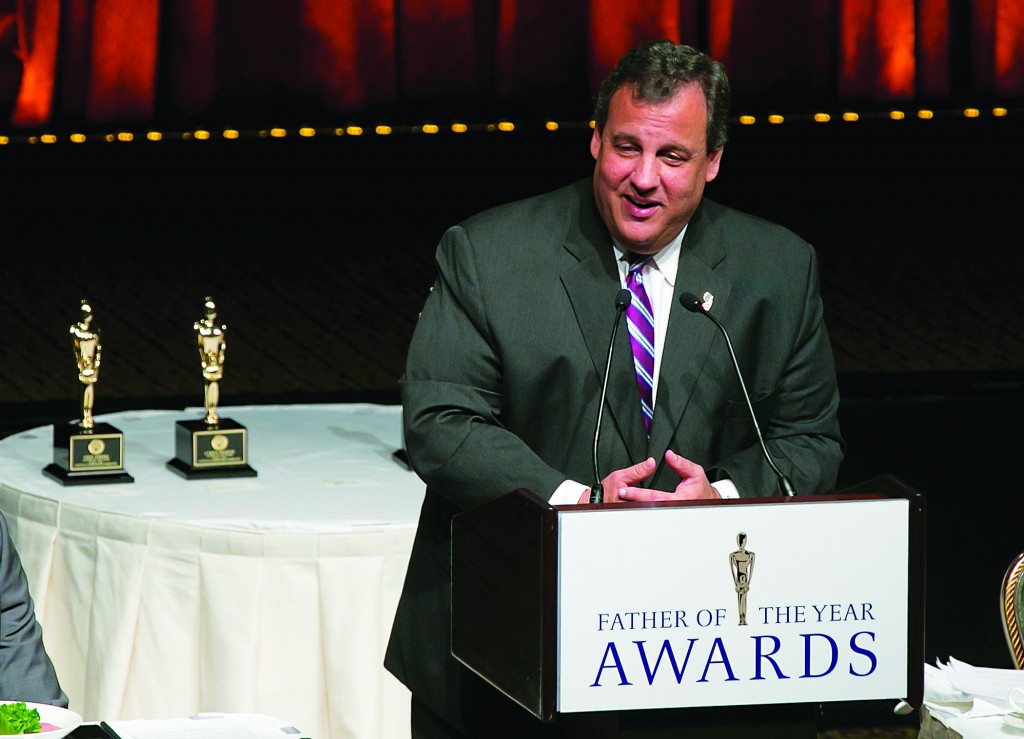 New Jersey Gov. Chris Christie got a break from traffic scandals and budget woes last week as he accepted an award for being Father of the Year. The National Father’s Day Committee crowned the Republican governor at a ceremony in Manhattan along with three others.

The famously combative Christie joked that when his four kids, ages 10 to 20, found out he’d been chosen for the honor, they reacted with disbelief. “The response was universal. They just blankly stared back at me and said, ‘Really?’” he said. “And I felt very warm about that.”

Christie thanked his kids for putting up with “me and my crazy life.”

Still, Christie couldn’t quite escape the George Washington Bridge scandal that has cast a shadow on his future ambitions.

As she introduced the governor, joking about his “small personality” and “modesty,” awards presenter Norah O’Donnell of CBS described Christie as “governor of New Jersey — you know, that state right across the GW Bridge.”

Christie responded that while in New York, he refers to New Jersey as “the place on the other side of the Lincoln Tunnel.”