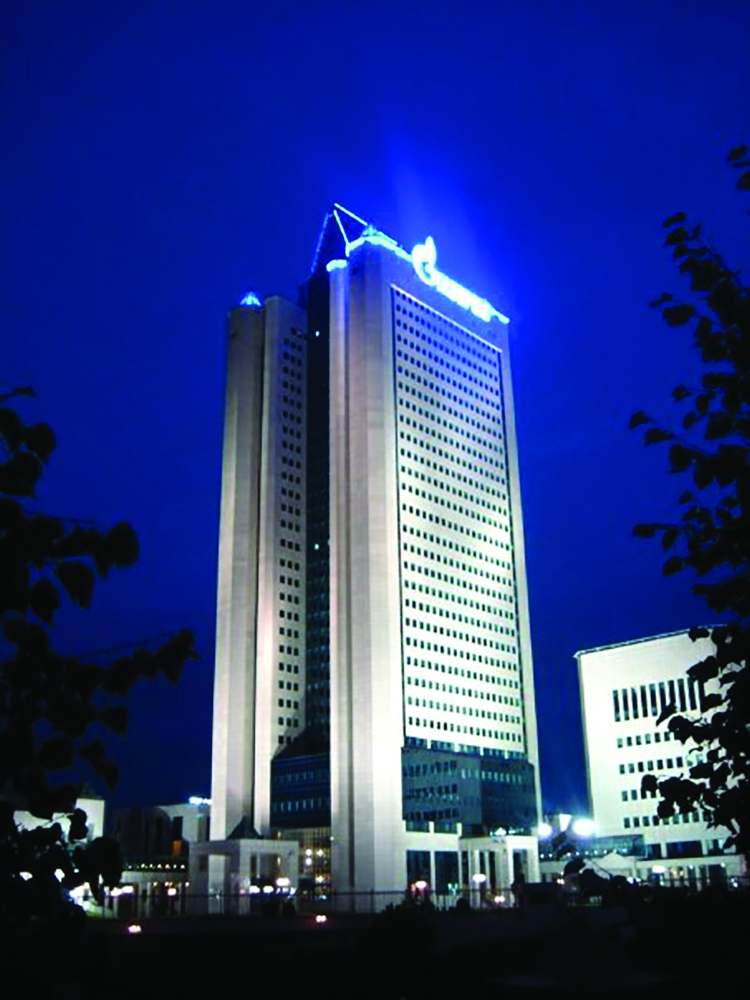 Russia wants in on the Israeli natural gas boom, but the U.S. wants them to stay out, and that’s why they haven’t made progress negotiating with the Israelis, ambassador to Israel Sergey Yakovlev hinted in an interview with Globes.

Russia has been seeking entry into the Mediterranean gas fields for some time, but so far to no avail. Gazprom, for one, showed interest in becoming a partner in the Leviathan reserve, one of the most important in the Mediterranean Sea, but nothing substantive came of it.

“Representatives of our companies have held bilateral meetings with your attaché in Houston,” said Yakovlev, “but so far we have seen no results on the ground.”

When asked about rumors that the Americans are not exactly enthusiastic about Russian involvement in the regional gas market, Yakovlev assented.

“The Americans will not welcome Russian involvement in gas in Israel, but this is economics, not politics,” he told the Israeli interviewer. “A great deal depends on your political leadership. If someone tries to impose barriers on you, you have to decide whether to pay more, or to obtain a better contract and pay less. I think that the economic motives outweigh everything else. We have sufficient experience in this industry, and if Israel wants, this could be an opening to fruitful collaboration.”

In the meantime, while Russia waits for Israeli leadership, Yakovlev took some consolation from the growing number of Russian tourists in Israel, which he believes will surpass even that of Americans in 2014.

“According to official sources, 400,000 Russian tourists visited Israel in 2013. But these are only the ‘official’ tourists, that is to say, those who came purely for the purpose of tourism. If you also take into account Russians who came to Israel on business trips, artists who came to perform, sportspeople and others, the estimate rises to 600,000.”

In addition, he noted that Israelis are also going to Russia.

“According to our estimates, there are about 100,000 Israelis working in Russia in various areas — agriculture, high-tech, industry, aviation, and so on. The Israeli ambassador to Russia told me that the number grows year by year. Only a few families among them have left Israel permanently.”