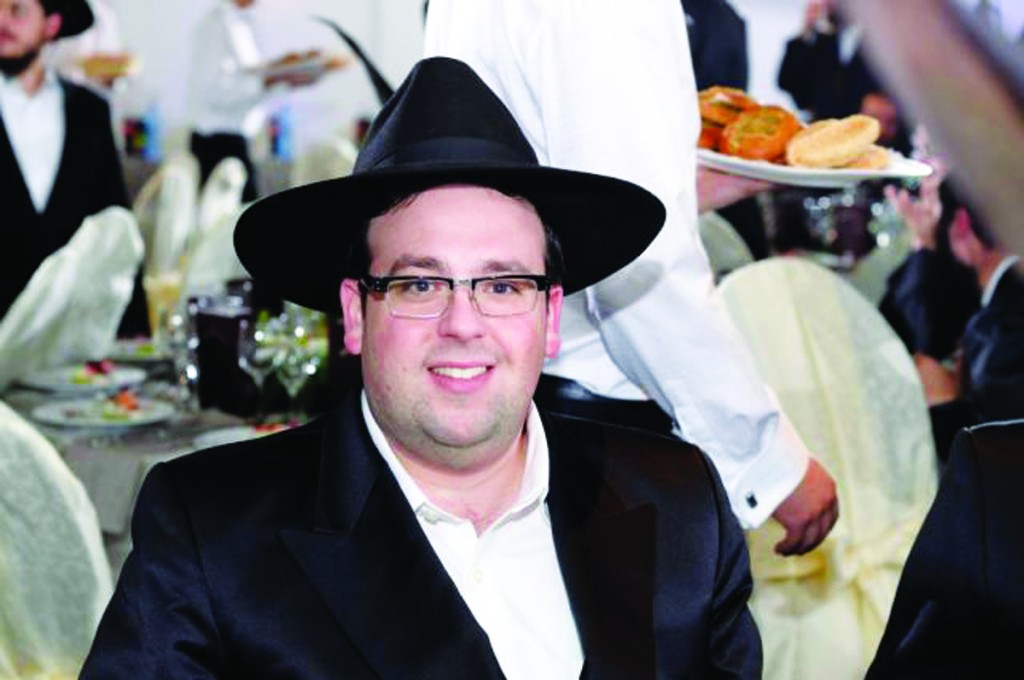 Shabbos was a regular day for Yanky Cytryn. The gabbai in Flatbush’s Gerrer Shtiebel on Ocean Avenue gave out the aliyos, joked with mispallelim, davened Minchah before the amud, then went home to make Havdalah.

Late Motzoei Shabbos, Hatzolah was called to the home of Mr. Cytryn. Despite their best efforts, the beloved friend who descended from a long line of Gerrer Chassidim was felled by a massive heart attack. He was 40.

“Shock is not the word for it,” said Meilach Fastag, a fellow gabbai at the shtiebel, describing the feelings of the entire Gerrer community. “He wasn’t feeling well a week before, he went to the doctor for a check-up; they gave him a clean bill of health.”

Rabbi Fastag said that as gabbai who gave out the aliyos, Mr. Cytryn instinctively knew who needed an aliyah, whose grandson was getting married or daughter had a baby.

“For us in the shtiebel it’s a big void,” said Rabbi Fastag, who had difficulty talking about Mr. Cytryn from the shock of his sudden passing. “He always remembered the person that others forgot.”

Rabbi Fastag said that before the levayah on Sunday, Yanky’s 10-year-old son Shloimy asked him worriedly, “Who is going to be the gabbai sheini now?”

Dayan Chaim Kohn, Rav of the shtiebel where the niftar davened, said he learned Daf Yomi with Mr. Cytryn early mornings. He said that the niftar was a “very likeable person” who was learned and devoted to helping others.

Yanky was born in 1974, the firstborn of Reb Aharon and Mrs. Hendy Cytryn. He grew up in a house of Torah and chessed, where devotion to the Admorim of Ger was matched by philanthropy to the Ichud Mosdos Gur and many other causes.

Yanky learned in Yeshivah Yagdil Torah and Novominsker Mesivta, before heading to learn in Eretz Yisrael under Harav Yitzchok Soloveitchik of Brisk. Upon his return to the United States, he married and went to work in his father’s nursing home business.

On Motzoei Shabbos, Mr. Cytryn suffered a massive heart attack. Hatzolah members called to his home, including his brother, Duvid, worked on him for hours before transporting him to Maimonides Medical Center. Tragically, it was too late.

At the levayah Sunday, held in Boro Park’s Shomrei Hachomos chapel, hundreds of stunned friends and family members listened as a procession of maspidim spoke about the niftar’s good heart, how everyone in his family relied on him, his kibbud av va’eim, how he visited his parents every morning.

Shloimy Cytryn, the niftar’s younger brother who was going with the aron to Eretz Yisrael for kevurah, recalled how the two planned a trip to Yerushalayim to spend Rosh Hashanah with the Gerrer Rebbe.

“Who would have thought that we would go to Yerushalayim this way?” he exclaimed emotionally.

The aron was scheduled to be flown to Eretz Yisrael early Monday morning for kevurah.

Shivah will be observed at 1274 East 22nd Street in Flatbush. Due to Shavuos, the abridged shivah ends on Tuesday afternoon.