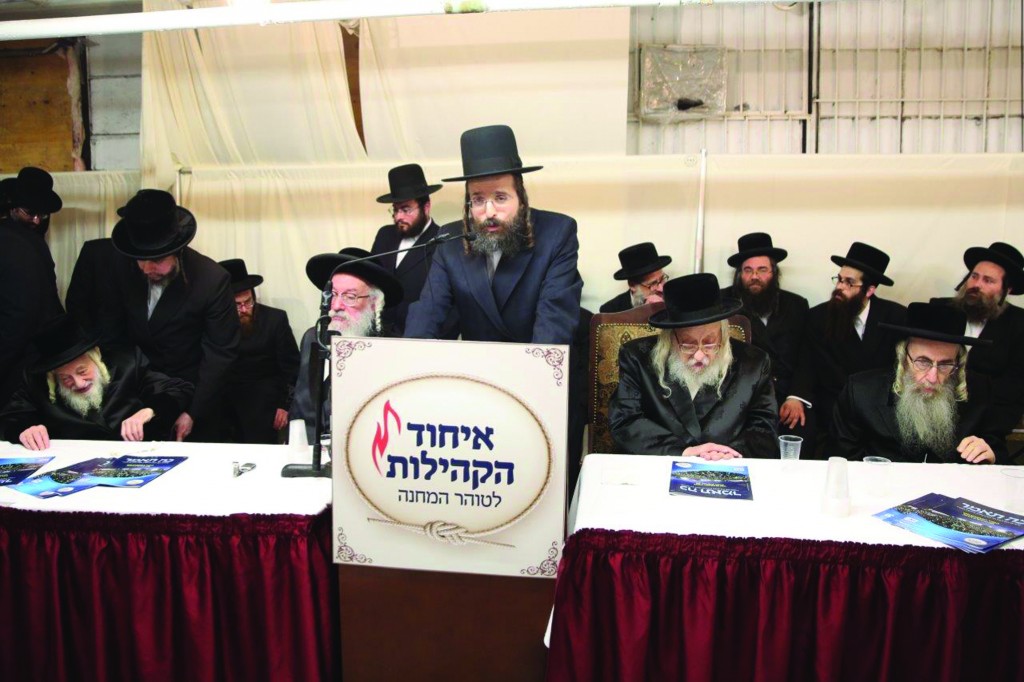 On very short notice and with minimal publicity, an unprecedented ten thousand women gathered in Boro Park Wednesday night to hear words of chizuk about the appropriate use of technology.

United in support of the importance of the topic and the gathering, Gedolei Yisrael and leading Rabbanim attended, seated at a dais behind a specially designed mechitzah of one-way glass, allowing the women  to clearly see the Gedolim.

The Skulener Rebbe, shlita, spoke briefly and then gave words of brachah; shlita, the Rachmastrivka Rebbe and the Novomonsker Rebbe attended, as did Harav Matisyahu Salamon, Mashgiach of Bais Medrash Govoha; Harav Moshe Wolfson, Mashgiach of Yeshivah Torah Vodaas and Rav of Beis Medrash Emunas Yisrael; as well a numerous other elder Rabbanim.

A full report of this unique event will iy”H appear in an upcoming edition.